The 'post match' election analysis has mainly focused on what went wrong for Labour and the opinion polls, but there's been little attention on why the Conservatives were successful, and what lessons there may be for campaigners in the charity sector.

Leaving aside the polls and the performance of other parties, the Conservatives got some fundamental things right during the general election.

This is one of Conservative election strategist Lynton Crosby’s famous sayings. And he’s right, you can’t. The Conservatives probably spent the most time preparing for the campaign, from conducting in-depth research and polling through to improving their ground operation. Time spent on preparation always produces big dividends during any campaign.

For me, this is the key lesson. And if you don’t get it right things fall apart pretty quickly. Crosby is renowned for testing materials at focus groups, along with his use of internal polling over a prolonged period. This approach allowed the Conservatives to gather valuable insights about their audiences – what worked for them and what didn’t – giving them plenty of time to develop and refine their narrative and key messages for those all-important swing voters. In short, Crosby focused on what people actually thought and what actually changed their opinions, not on what he wanted to be true.

During any campaign it’s all too easy to deviate from your target audience, whether it’s talking to groups who may be easier to win over or using clever ideas that win plaudits, not hearts and minds. The Conservatives ruthlessly targeted the voters they needed to win, using the insights they had gained, with clear, simple, salient messages.

The days of sending one static communication to public audiences and getting the right response are pretty much over. Tailoring your message is vitally important to make your messages resonate with your audiences. And the Conservatives used this to great effect. With so much technology available it was easy for them to tailor messages to different audiences – whether it was targeted email, online ads, or the use of digital printing.

The average person will see or hear hundreds, if not thousands, of messages every day.  To help ensure your messages stick with your audiences you need to constantly repeat the same messages over and over. There’s no shortcut. No Conservative spokesperson ventured in front of the media without memorising then sticking to the core script. That you can probably complete the sentence “We are having to make this tough decision because…” and can’t necessarily remember another party’s equivalent tells you a lot. You may get bored of saying the same thing, but it works.

Much has been made of the Conservatives spending around £100,000 a month on Facebook, but it’s a drop in the ocean compared to what they spent on direct mail. It’s all too easy to believe that online tools are the only answer – they’re not. Though your target audience may use social media or online shopping, it doesn’t mean they will consume your messages through that channel. Direct mail may be harder to evaluate and more expensive, but it certainly works. There’s strong evidence to suggest the cumulative effect of receiving messages by direct mail can be extremely powerful. As an aside, Labour would do well not to throw their ground game baby out with the bathwater – far bigger issues undermined them, and the winners were using a very similar approach.

Rewind the clock back to mid-April and there were few, if any, pundits who were talking about a good Conservative campaign. Back then, it was a campaign that “needed to change direction” or was “failing”. Unless data from your audience says otherwise, stick with your plan and don’t go hunting for plaudits.

The Conservatives certainly didn’t get everything right during the campaign, but they got some of the basics right. And they won. Successful campaigns often have valuable lessons for campaigners, whether you agree with the cause or not. General elections are as big, as brutal and as blunt in their result as campaigns in the UK get – good campaigners should be closely examining what worked. 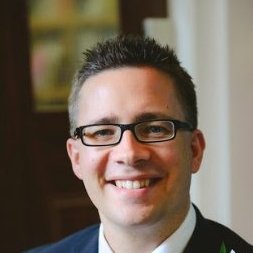 Jon joined Shelter in 2013 before becoming head of campaigns in 2014. Before that he worked for the Conservative Party for 14 years, finally as head of campaign literature.