What do spies, LGBT inclusion and strict embargoes have in common with building strategic and targeted communications campaigns? More than you might think.

Stonewall’s Workplace Equality Index (WEI), which produces the Top 100 Employers list, is a powerful evidence-based benchmarking tool used by employers to assess their achievements and progress on lesbian, gay, bi and trans (LGBT) equality in the workplace.

In 2016, we announced that national security firm MI5 had ranked highest in our Top 100 Employers list, making it the most LGBT inclusive organisation to work for in Britain.

While this may sound like PR gold, it certainly presented some challenges that had to be overcome to run a successful media campaign. These included:

We couldn’t control these factors. So, forward planning was our solution, to prevent them from being barriers to coverage. We addressed them with four key tactics: creating tailored material, gauging media interest, a well-placed exclusive and lining up spokespeople.

Firstly, we created targeted and tailored media materials for every sector and region featured in the Index, including:

I drafted 20 media releases in total, which included comments from 40 different organisations and 14 different members of Stonewall staff.

Secondly, we attempted to gauge media interest prior to the announcement without disclosing the winner.

A strict embargo meant we couldn’t reveal MI5’s position in the Index until the day before we announced it. For broadcast sell-in, this proved difficult, as we needed to secure air time in advance without disclosing our winner. Relationship building with national journalists was vital and allowed us to do this – they trusted us and knew what we would eventually share would be newsworthy.

In addition to this, and under embargo, we talked about other areas of this year’s Index that were of interest and would still fit into their story eg statistics from the research and our four award winners.

Stonewall runs a supplement on workplace inclusion with The Times each year to coincide with the Index launch, and it just so happened that one of its defence correspondents is a journalist who is trusted by and has previously worked with MI5. An exclusive interview between The Times and MI5 gave a little more background into what MI5 had done to achieve the top position in the Top 100, and why diversity and inclusion is as important as a business case as it is the right thing to do.

The Times was able to print the interview in the same edition as the supplement, on the day the Index launched, helping give more colour to MI5’s story and what it had done to be named Britain’s most inclusive employer by Stonewall.

Live on camera (and radio)

Securing and preparing spokespeople was essential for making this more than a news headline. But with only one MI5 spokesperson, we needed to think outside the box. MI5’s win alone, with no interview opportunities, was not enough for in-depth media coverage. Instead, we secured spokespeople from other top performing organisations who could share compelling stories to evidence their own work.

We also ensured Stonewall spokespeople were available in advance and provided them with a detailed FAQ, including answers to difficult questions and key findings and figures. 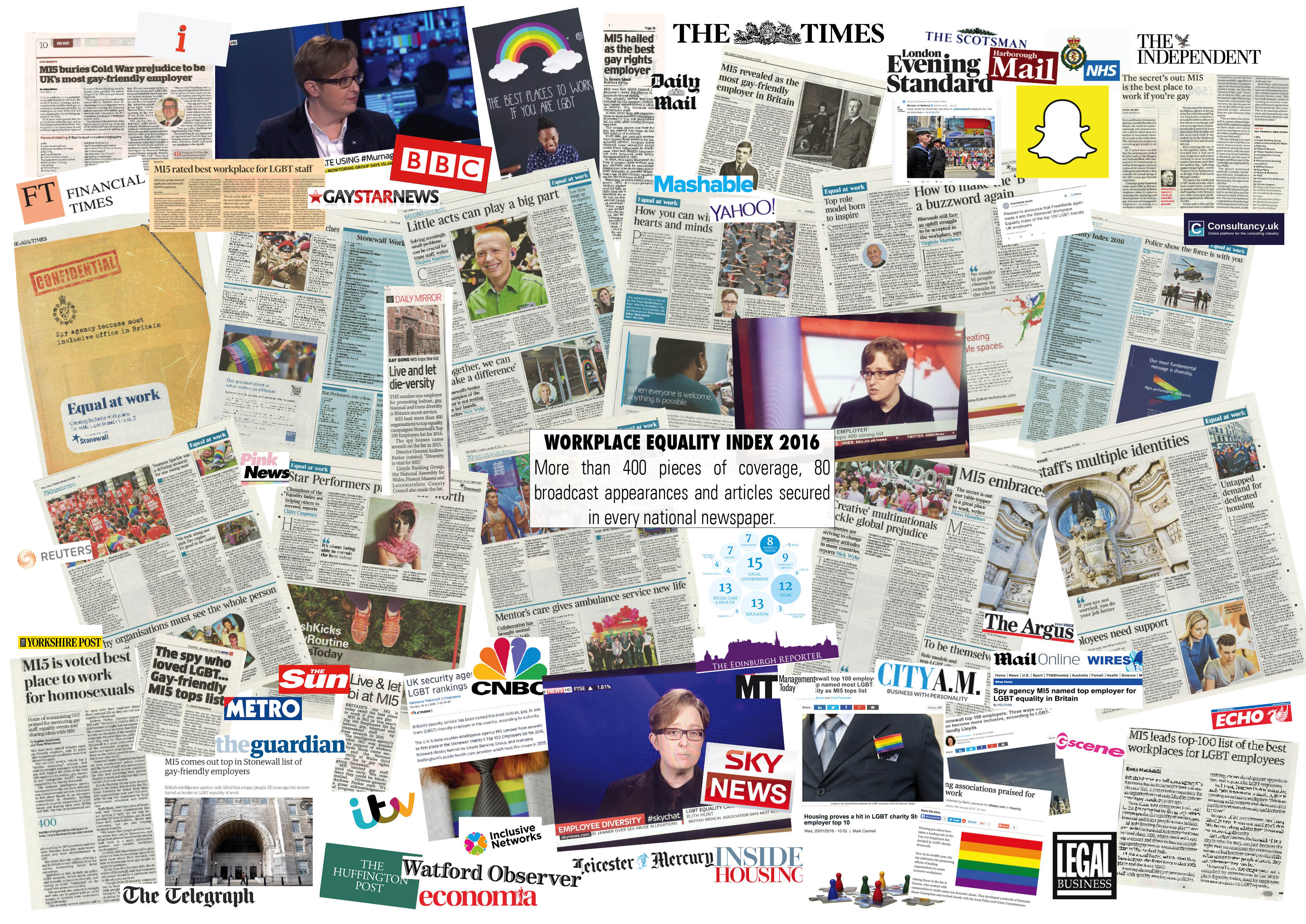 Phones rang off the hook and we were providing regional, trade and national spokespeople, internal and external, for the likes of Sky News, LBC, and BBC World Service.

Our press office ran like a well-oiled machine. The team had regular ‘huddles,’ held on the hour, ensuring all three of us could handle the incoming workload and were aware of the requests coming in. We also had a shared spreadsheet open at all times that we continued to update with media requests and action to be taken. 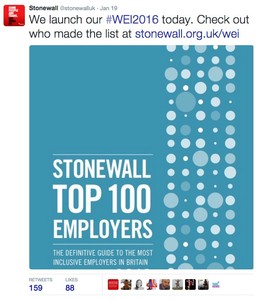 Social media coverage of the campaign was phenomenal, including lots of live tweeting from the Top 100 launch event, where MI5’s Andrew Parker surprised guests by attending and delivering a spectacular speech.

To date, we’ve achieved 600+ hits across 16 countries, including 30 sector hits and 75 pieces of regional coverage, which took different angles and approaches and explored the important topics that the Index raises. Without a doubt, a huge amount of this was down to successful planning and strategic thinking.

I’m now working on the 2017 WEI, coordinating interviews with the special reports editor for The Times and looking at the most interesting national, regional and trade angles for the January sell-in.

You can find out more about the index here and about joining Stonewall’s Diversity Champions programme here. 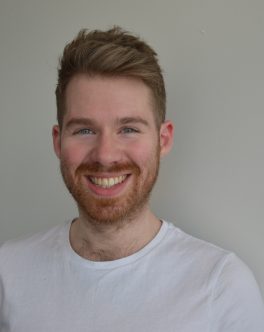