On 24 January Twitter was all aflutter with talk of its new video sharing service, Vine. From a brand engagement point of view it was very appealing and like a lot of organisations, Dogs Trust got involved straight away.

Vine, is a free app which allows you to film six seconds of footage from a mobile which plays on a loop.

With an iPhone at the ready and teeming with ideas, we downloaded the app. We were eager to get started immediately, so we had a quick team chat and came up with a concept for a video promoting our Sponsor a Dog scheme. “Great, no problem! I’ll get started now!” I said as I fired up Windows Movie Maker.

Unfortunately, in our foolish excitement, we had not yet played with the functionality of the app. We just assumed we could transfer the polished video over to Vine and then voila! We failed to realise all filming had to be completed within Vine. Not to be deterred, we took the opportunity to work with this restriction. We transferred our idea onto paper and recreated it using actual materials.

In the end, we think this twist actually helped us to create a more interesting video.

Though the concept remained the same, the final result became a bit more engaging with its homemade quality. Supporters got a chance to see images of the actual photos and cards they’d get by sponsoring a dog, making the experience more authentic — a pleasant bonus.

Since that first stumble into Vine, we’ve only put up six videos. Though we’ve had great exposure from using the medium, we’re trying to see how it will be used most effectively in future. We’re there to engage and interact with the audience. We don’t want to be posting just to post, but we also want to make sure we’re not blind to the option. From quick clips of our office dogs to informing the public of new announcements, we’re slowly finding our feet.

Measurement is always a hot topic with any new online tool. Unfortunately, we don’t have much in the way of metrics for our work with Vine. We have some statistics, but they’re not conclusive. For instance, we can tell you that the #chipmydog hashtag that we included in our microchipping Vine was hugely popular. But this was also part of a greater campaign on Twitter, so can’t be solely attributed to Vine.

As we were such early adopters, measurement wasn’t our first priority. Our initial goal was just to try out the medium and see what was possible. Now we’re there and familiar with the possibilities, we’ll be focusing on measuring our reach and influence in future Vines.

As with anything new, we have one solid piece of advice — try. Dip your toes in and if you find it’s not for you, so what? Move on. The worst thing that will happen is it won’t work, and then at least you know.

I know this sounds overly simplistic but it’s how we do things here at Dogs Trust. If we think there is a chance for an active, engaged community then we want to be there.

Remember to always be genuine to your brand. It can be easy to be swept up into the hype of something new. If it feels like you’re trying to shoehorn your brand into something and it’s not working, then that will be apparent to your community too. 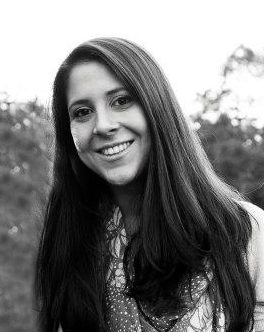 Laurier (Lo) has been at Dogs Trust for approximately four years. She is responsible for maintaining the online presence by moderating the online communities and website, including social and online media outreach, ongoing web design and maintenance, and producing and coordinating digital marketing activity (email marketing, advertising, design and other photo/video/audio media).