There are some very poor pieces of legislation on the UK statute books but the Lobbying Act is up there. It’s badly put together, compromised, woolly and ambiguous and will do very little to tackle the key issue it was created to deal with in the first place – curbing the excesses of the lobbying industry.

Its greatest impact to date has been a lot of head scratching, as charities try to work out whether their campaigns will fall foul of the Act and what the implications of that happening might be. It’s also likely to pay for house extensions for a number of lawyers over the next few years.

As of 19 September we all officially began feeling our way blindly towards next year’s general election. Hoping for the Act to be repealed is not really an option, so what practical steps can you follow to make sure your charity can run its campaigns without coming unstuck as a result?

First off, read the guidance. The Electoral Commission has done a good job of making a silk purse out of a sow’s ear with the guidance produced for charities looking to campaign ahead of the election. The best place to start is with its FAQs and a recent webinar.

There are two tests to work out if what you’re planning could be considered as regulated campaign activity – the purpose test and the public test.

The purpose test is to establish if the activity can reasonably be regarded as intended to influence voters to vote for or against political parties / categories of candidates that support or do not support particular policies or issues. The public test is to establish if the public are the audience for this activity. If the activity meets both these tests, and you’re planning to spend over £20,000 on it, then the advice is you should register with the Electoral Commission.

Of course, the devil is in the detail. If, for example, you want to run a campaign calling for all political parties to make a commitment to retaining the green belt as part of their election manifesto, are you meeting the purpose test, ie are you intending to influence voters on who they vote for? No, you are not.  But what if one of the political parties does sign up to this commitment and you publicise that campaign achievement to the wider public. Are you trying to influence their vote as a result? Again, probably not, but it is open to interpretation. It’s this fatal ambiguity and the lack of precedent which makes this Act so difficult to manage for charities.

Frowned upon in school but definitely the right thing to do in this instance, copy the work of the person next to you. Talk to your peers in other charities and see what approach they have decided to take and whether they’ve decided to register with the Electoral Commission.

For instance, sector umbrella body the NCVO has decided not to register, and explains why on its blog.

The other key thing to do is carry on campaigning as you have always done. The Act breeds confusion but it should not stop activity. Charity campaigning is a key pillar of the sector’s reason for being – as advocates for the voiceless and champions for positive social change. Whatever the barriers thrown up by this piece of legislation: read the guidance, take a judgement and get on with things.

Keep an eye on the updated guidance produced by the Electoral Commission, follow any controversies or debates in the voluntary sector media, keep talking to your peers and colleagues, even consult a lawyer if you get desperate, but just make sure you keep at it.

NCVO has also provided a template for a paper on the issue for charities to use for their trustee boards which is free for NCVO members and £5.82 for non-members. 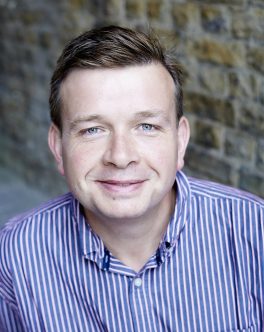