It’s our mission to reduce alcohol-related harm in the UK and we like to think we do this without preaching or ‘finger-wagging’. Working in a small organisation means maximising the resources we have to hand. That’s why collaboration with UNILAD seemed like a no-brainer.

Our ‘Drunken Nights Out’ campaign targets 18-24-year-olds and harms associated with going out to get drunk. Paradoxically, this is a group who have reduced their drinking overall but according to our statistics 59% really enjoy getting drunk.

In 2014, we commissioned research and discovered unwanted sexual harassment formed a major part of a night out and it was something this audience had come to expect, even though many of them found it distressing. We found it very shocking that this behaviour is tolerated, so we questioned the social norm; why do we allow alcohol to excuse this behaviour and why do so many young people put up with it in the first place? The research formed the beginnings of our Wouldn’t Shouldn’t campaign with the premise; ‘You wouldn’t grope someone sober, so you shouldn’t do it drunk’ and spearheaded our on-the-ground intervention, Drinkaware Crew. The objective for this initial stage of the campaign has been to challenge the social norm using the hashtag #gropefreenights.

We knew we had to follow our audience and take the story to them. So, we decided to reach out to find suitable partnerships and considered a range of agencies including Buzzfeed, Lad Bible and UNILAD. The more we thought about it, the more the partnership approach made sense. We are a small charity with twenty staff but we like to think we punch above our weight. We run several high profile campaigns and work really hard ensuring we maintain our brand awareness with our logo appearing prominently on alcohol and advertisements relating to the sale of alcohol. To misquote Heineken we ‘refresh the parts, other brands can’t reach.’

UNILAD is fast becoming a major publisher but it wasn’t the associated cost of partnership that caused doubts. The leadership team had some initial reservations about the approach, asking whether a strategy which relied on a single partnership could be risky. They also questioned whether UNILAD was a good fit for Drinkaware; we had a hard-hitting message and UNILAD has been heavily associated with lad culture.

An initial meeting with the UNILAD team helped reassure us that it had parted ways with its former editorial style and it was increasingly working with other charities including Scope and Gambleaware. The team also liked our campaign, recognising the natural fit for its audience. UNILAD has a Facebook audience of over 20 million with a 60-40% male/female audience split. News consumption is increasingly happening through channels like Facebook. If we wanted our story to make young people think about their behaviour on a night out, this is where we had to be.

Stage one of our partnership with UNILAD saw an online article reach one million people with over 300 comments and nearly 200 shares. Whilst the sentiment of the comments overall supported our stance, a third of those commenting questioned whether the problem of drunken sexual harassment on a night out was a problem at all. However, the article was not ignored, the audience engaged, the subject matter was debated in considerable detail. We’d never been able to reach that audience on that scale previously.

Stage two of our partnership with UNILAD launches in December looking at the perils of wandering home alone after a night out.

Our main objective for the partnership was to encourage people to discuss it and they certainly did that. #gropefreenights did well as a social media subject and the story coupled with strong imagery made for a lively discussion. We know we need to build on this as a discussion and partner with others who can help people take action in the future. That is beginning to happen, the statistics made it into the Universities UK report and the issue of sexual harassment in the night time economy has being discussed amongst MPs.

The success of the partnership has made our senior management team think more carefully about influencer relations in the future. We did well with earned PR on this campaign. The news story was strong and it helped deliver a solid story ending up on Radio One, Radio 5 Live and Sky plus a plethora of print and online articles. 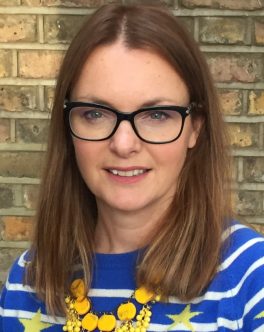 Bex is a former TV journalist who has worked for BBC Newsnight and BBC News and has held communications roles in charity and government. She relishes finding creative solutions to difficult campaigns. Bex helped to enlist Samantha Cameron to launch Carers Week, persuaded an MP to meet hostile stakeholders and encouraged Drinkaware to partner with Unilad.