Taking a Cinderella issue to the ball: 11 lessons from a long campaign

"Well, at least we know where we stand; nowhere.”

That was the silver lining I was clinging to as the internal meeting drew to a close. It was autumn 2010: Britain’s housing affordability crisis had seen barely a mention in the election and now the house building budget was being cut twice as fast as other areas. Despite years of campaigning for more affordable homes, Shelter was back at square one.

Five years on, giving people a shot at an affordable home of their own is now central to the General Election. The Conservatives and Labour have it in their list of key issues, YouGov now reports housing is a ‘Top 4’ issue for the general public, the media coverage is wall-to-wall and housing was prominent in both leaders’ debates.

That housing should have such prominence in the national conversation now seems inevitable.

The campaign has been the product of the efforts of numerous Shelter staff, campaigners and consultants. And of course we cannot take all the credit, with many others striving for the same goal, not least Homes For Britain with their prominent public campaigning this year.

Here is a brief explanation of Shelter’s role in helping to turn things around and my reflections on the 11 key lessons we’ve learnt along the way.

1. Learn from past mistakes, no matter how hard

Few people want to race home from a losing game to watch the highlights. But without hard-headed analysis of the past we were doomed to keep trying the same activities and achieving the same result. As well as building internal buy-in to do things differently, this taught us that our past audiences didn’t have the political power to get politicians to act, and our past messages didn’t excite the public audiences politicians listened to most.

2. Go where the power is, not where you want it to be

Shelter’s starting point is always to motivate and mobilise our service users and supporters. But our analysis showed they weren’t going to be key to the 2015 election: they were either less likely to vote or had made their minds up already, so if they only cared about housing, politicians could continue to ignore the problem. We could have tried to make our non-voting audience more politically influential by hugely driving up their turnout, but on closer inspection this was too much for one campaigning body to pull off in just a few years. The over 65s are typically vital in elections given their high voting rates, so we considered appealing to them next. However, our research showed they weren’t easily won over to housing being a top concern for them. We settled on a target audience somewhere in-between. Parents on combined average incomes of around £20-40k: a group who tended to vote in big numbers and are worried about the housing prospects for their kids.

3. Focus on what you want, what you really really want

Often objectives conflict. Ideally we want to give a voice to people at the sharpest end of the housing crisis. But we also want to fix the housing crisis too. When push came to shove, making a material difference to the lives of the people we are here to help came first. Talking to, and about, middle England was hard to swallow as a plan, but if that’s what would get the political attention to fix the problem, then that’s what we had to do. We didn’t ignore our service-users and supporters – they continued to be involved, but using very different comms to this middle-England audience and without us expecting them to achieve the change we wanted on their own. 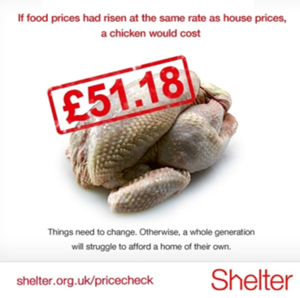 4. The objective ≠ the message

We wanted more homes built, so the natural response would have been to call it the build more homes campaign. But our public message testing, and Shelter’s past experience, told us that would fail. We found that what we’d been doing for years was shouting at the public with a solution – build more – for a problem they didn’t even know they had. Most people understandably assumed the problem would get naturally better for their kids when the economy improved. Further still, they didn’t look to politicians to fix the problem (when we knew government action was vital). So those were two comms hurdles to jump before we could even get close to mentioning our solution.

A Tim Bell quote that summed up the simple comms lesson we learned time again. Develop a simple narrative (‘Your children will increasingly struggle to get a home of their own. Politicians have to start meeting people halfway to fix this’) and then repeat it, for years. Only then did the polling really start to move – a year on from the start of the campaign, gradually to where it is now.

It’s rightly said you need to repeat the message until you’re bored of it. It’s then incorrectly assumed it's really boring and repetitive to do this. When you instead flit between different campaigns, as many organisations understandably do, it feels creative: everything looks new. But look again and the creative/video/media angle is often at heart the same, just about a different topic. Real creativity comes not from a blank sheet of paper, but from being boxed into a corner. We found it’s only when you’ve exhausted the obvious ways to bring a narrative to life that the really creative ideas come to the fore (for more on this see here and see the examples dotted around this article).

Sometimes you can be too clever for your own good. Often the ideas we loved and got the most sector praise for were the ones that bounced off of our target audience. They glanced, didn't get it, and in that glance we’d missed them. 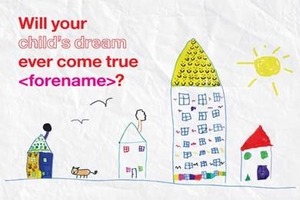 That last point is why we learned to test early and test often. Research testing is often not cheap, but it can be. Our campaigns team now exemplify the truth that an hour on a random high street waving a draft ad in people’s faces is a lot less frustrating than seeing good money wasted on a bad idea.

9. Be where your audience is

A simple lesson which is hard to embed. Know what they watch, what they read, how they use social media. The key we found was rewarding success, and reminding people that for some audiences 1 x Mail piece = 15 x Guardian pieces.

This was an untested part of our strategy that thankfully came to pass. The more our comms and campaigning got the public talking about housing, the more politicians felt the need to vocally respond. The more they did, the more the public not only knew a political solution was possible, they demanded it. So politicians now had to act.

There was a big risk at the heart of our approach: what if talking about middle-England concerns only resulted in political solutions that only helped middle-England? Even outstanding comms wouldn't mitigate this. And nor, we knew, would talking exclusively about more social housing result in that either, given it had been our approach for many years before. Enter good policy work. We needed solutions that might appeal to this middle-England audience, but also even more greatly benefit those on lower incomes. We haven't got all we wanted from the manifestos – and there's a fair few ropey ideas in them – but we have more than in 2010. We set ourselves the goal in 2010 that no other organisation would have as many ideas in the housing parts of the manifestos as us. A goal now met.

This all took the backing of our supporters and staff – and therefore us constantly reminding them of why we were taking this very different approach: to get more homes built for those suffering from the worst of our housing crisis.

This isn’t a fight won and we're a long way from the problem being fixed. But we're on the move and, compared with being ignored in 2010, it feels a whole lot better to be debating which are the right proposals for a problem everyone now recognises has to be fixed. 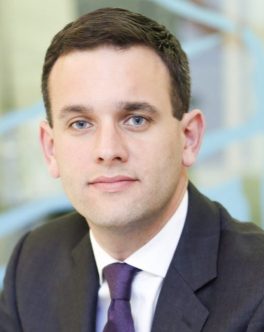 Roger joined Shelter in 2010 before becoming director of communications, policy and campaigns in 2013. Before that he was Senior Policy & Public Affairs Manager at the Joseph Rowntree Foundation.