Two weeks on from the launch of the iPhone 6, Apple-mania, endless queuing and bending phones are still dominating the media.

The extent of publicity around the launch of a new version of a product which is seven years old can be hard to believe, but this media frenzy gives you some measure of how these devices have profoundly changed a generation of consumers.  Smartphone usage in the UK is estimated to  reach 78% of mobile phone users by 2016.

A glance at the recent report from the market research house Mintel gives you some sense of how the second tablet-led revolution is changing consumer habits too, with one in two homes owning a tablet just four years on from the launch of the iPad.

For charities I believe this shift in digital habits is as profoundly important as the original growth of online giving over the past decade.

While laptop penetration remains steady at 83% of homes, the use of desktop PCs is in sustained decline with only 58% of homes having one.

The death of the PC and the ubiquity of tablets and smartphones across all age groups represents a huge opportunity for charities to reach donors, drive donations and build relationships.

At the same time, for charities who fail to understand the significance of this change, it’s a substantial threat.

That’s because the move to mobile is effectively creating a new generation of donors. These people will engage with charities in different places, at different times and for different reasons.

It would be wrong to say fundraising from sites designed for traditional PC-based browsing will fall off a cliff tomorrow, but as consumers increasingly use tablets to browse, buy and connect, their effectiveness will decline.

If there’s one priority for every charity in these last months of 2014 it must be to rethink the experience they give donors when they go online to donate.

This will require new and ongoing investment in your digital footprint. Of course that represents new costs – but what price does your charity put on having a fundraising capability fit for the future?

In this video (made by Magneto films) I discuss the key findings of our research report to understand how IT teams and digital teams can support each.

Download your copy of Digital transformation: How to get it right in your organisation. 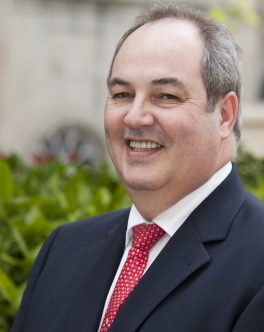 John is business development director - charities and third sector at Eduserv, a not-for-profit provider of IT services. He helps some of the leading UK charities in planning and executing digital and IT initiatives.