The good, the bad and the gorilla – lessons in strategic communications from 2016

At a recent CharityComms seminar about reaching beyond our established audiences, we explored the weird and wonderful of this year and the lessons we can take into 2017 and beyond.

At the risk of stating the obvious, it’s been a very strange year and many of us have felt blindsided by the turn of events and their implications.

2. Charities are somehow among the bad guys

Trust in charities is at an all-time low, with countless stories saying the same thing – we’re up to no good and we’re wasting your money.

3. How we talk can make things worse

During the run up to EU referendum, many scoffed when Michael Gove said:

I think the British people have had enough of experts.

But it echoes an uncomfortable truth we see evident in our research. Being an expert is not enough. If we preach, lecture or fail to make our messages personally relevant, we can actually reduce support for the concepts and campaigns we’re championing. It’s a bitter pill to swallow, but sometimes a simple factual statement can actually make things significantly worse.

When we make decisions, our feelings, gut instincts, and values are in charge – far more than we realise. This is not new, but psychologists have seen growing evidence of it as their ability to understand how our brains work has improved. Thinking fast and slow and The righteous mind are great, accessible summaries of the science behind this.

And this applies to all of us.

This autumn Kumbuka the gorilla escaped his enclosure at London Zoo. “There was no danger!” zoo staff were keen to point out. I didn’t feel hugely reassured. I take my daughters to the zoo a lot and I didn’t think they’d fare too well in an encounter with Kumbuka.

The following week we heard that during his bid for escape Kumbuka had downed five litres of undiluted black currant squash. 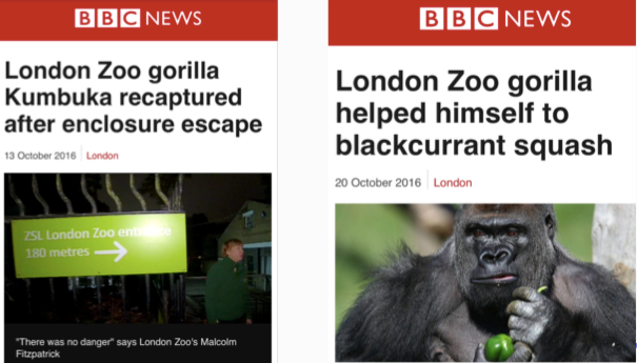 I felt immediately reassured. If all the gorilla was doing was drinking squash, we didn’t need to worry.

I didn’t read the report into his escape; I made a snap decision based on my feelings and gut instinct. We all do this, all the time. And we need to make our issues appeal to people who don’t engage with the detail.

In our sector we often turn to statistics to convey the scale of the problems we’re trying to address – or the benefits of our proposed solutions. This can be unhelpful: there’s a lot of evidence that even simple stats can bounce off people if they don’t already agree with the underlying point and the values they reflect.

Of course we need to base everything we do on robust evidence. All our work should be informed by rigorous data – including how we talk about it.

And when we reach for a statistic to make a point, the research shows it’d be much better to think about how we might explain what it’s really saying and what story we need to tell to get across why it’s so important.

Both Brexit and Trump inspired a frenzy of fact checking.

There is already a large body of evidence showing that fact checking and myth busting can reinforce the very claims being challenged, leaving people likely to remember falsehoods as correct. I suspect 2016 has bolstered this evidence – and I’d like to think that fact checking is now confined to the scrapheap of failed campaign communications strategies.

7. We need to understand our audiences better

Understanding what people think and feel about our issues should not be seen as an optional extra or a distraction from our ‘real’ work. How can we influence anyone if we don’t know what messages and stories will move them? How can we create lasting change if we fail to take huge numbers of people with us?

At Equally Ours, we research what people think and feel about critical social issues and translate that insight into commutations strategies and recommendations. Our work on human rights, equality, social justice and violence against women has proved challenging for us and other organisations and advocates working tirelessly on these issues. It requires us to think very differently about how we talk. But it’s absolutely vital if we’re to drive long-term changes.

8. We need to make people feel

Our sector is all about human beings – but that doesn’t always come across when we’re busy being experts with policy positions. Michelle Obama reminded me of this when she responded to Trump’s leaked remarks about sexually assaulting women. She responded first and foremost as a person with feelings and a family making it powerful and real.

If we fail to connect with people, we fail. We’ll see hard-won legal and policy changes rowed back when the wind changes and we’ll find ourselves unable to influence politicians because our issues don’t reflect the concerns of their constituents. The charity sector will become increasingly vulnerable to attacks because we don’t feel relevant to people’s everyday lives. 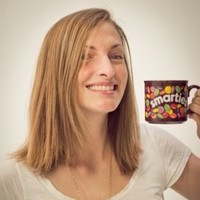 director of communications, On Road Media