The Lullaby Trust: A year after relaunch

Changing an established charity's name and visual identity is a risky business.

For over 40 years, the Foundation for the Study of Infant Deaths (FSID) was the leading national charity working to prevent Sudden Infant Death Syndrome (SIDS). But in April 2013 trustees made the decision to relaunch the charity and change its name.

One year on, what impact has it had?

Back in 1991 FSID worked with the Department of Health to devise the ‘Back to Sleep’ campaign, which led to a drop in SIDS deaths by over 70%. Thanks to this campaign SIDS is now a rarity but still claims the lives of five babies every week – in 2012 a target of reducing SIDS by half by 2020 was set.

To meet this we needed to connect with parents whose babies are most at risk, primarily young parents under 20 living in disadvantaged communities. Research revealed this demographic felt the FSID name was outdated, clinical and cold. This led to the decision to rebrand as The Lullaby Trust and invest in a warm blue and yellow identity to mark a new phase in the charity’s history.

A year down the line, trustees and staff are extremely happy with the decision.

At its core the charity remains the same, providing evidence-based advice to parents, carers and professionals to reduce the risk of SIDS, and providing specialist bereavement support to anyone who has lost a baby or toddler.

The friendlier name and more consistent, modern design has made a significant difference. We saw a 274% increase in the number of orders for the leaflet Safer Sleep for Babies: A Guide for Parents from April 2013 – April 2014.

As FSID, just over 4,000 bereavement support leaflets were sent out in 2012. This increased to over 19,000 in our first year as The Lullaby Trust. There was also an increase in the number of rebranded thermometers sold in order to help parents regulate their baby’s room temperature, from 2,000 to 9,000.

The relaunch provided an opportunity to reach out to the media and we’ve seen many more journalists approach us for comment.

The profile of the charity has grown, one of the most significant changes being the increased number of calls to our helplines. The Information and Advice Helpline and the Bereavement Support Helpline have seen a 26% and 17% increase in the number of calls respectively.

Chief executive Francine Bates says: “Our first year has been a real success.  Far more people engage with the charity now than ever before and I attribute this to our change of name and visual identity.

“We’ve built relationships with valued corporate partners who’ve told us they feel much more comfortable working with us as The Lullaby Trust and would not have partnered with a charity with the word ‘death’ in its name.

“But the decision to rebrand was always about more than increasing income. The Lullaby Trust evokes a softer, warmer image and this is very important when you’re dealing with something as scary as SIDS. We needed to find a way to deliver our safer sleep message in a sensitive, approachable way for parents in order to save more babies’ lives, and I believe that’s what we’ve done.” 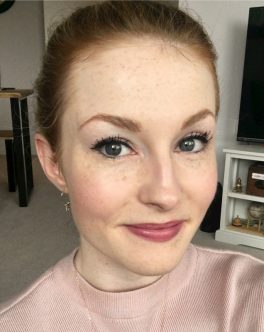