MyFarm is a world-first online experiment in farming and food production, giving up to 10,000 members of the public a say in the running of a real working farm, on Wimpole Estate, near Royston in Cambridgeshire.

The MyFarm Farmers (at the time of writing around 2,000) are joining forces on the website to discuss and make decisions on every aspect of the farm: crops, livestock and wider impacts including technology investment.

The National Trust (NT) is the first charity anywhere in the world to commission a website like this, which aims to renew a connection between the food we eat and how it is grown at a time when food production is increasingly important nationally and globally.

The good news is people really are interested. In just two weeks since the site launched on 4 May 2011 we witnessed an unprecedented level of engagement from the MyFarm community: of the 45,000 people that visited the site, 2,000 people paid £30 to join (and climbing steadily) and more than 850 comments were posted to the site.

Of these, 915 (67% of the community at the time) participated in an unplanned "mini vote" in week two on whether grass seed should be planted given the dry weather conditions.

When Public Zone started out on the project, building the site felt like the easy bit. The far bigger question was how to manage a community of 10,000 people (assuming they wanted to join), how to feed their input into a working farm and of course the fundamentals – would people really be interested enough to pay to take part and if so, how much would they be prepared to pay?

So we started with user research, to try to determine whether the concept would take off, gain insight into the issues that our target audience ('explorer mums') care most about and test the price point. This insight informed the site extensively – messaging, positioning, functionality and visual design all crafted to appeal to users.

We knew from the outset that the site would live and die by its content and the management of the MyFarm population. Comments and questions on the site would need to be responded to in real time to keep people engaged, and careful thought given to how we should handle "factions" if they emerged around key issues such as animal welfare or bio-fuel.

To this end we've helped NT develop a content strategy, which has involved a full time editor at the farm and support from Public Zone’s team. The role of the editor is to gather stories from Wimpole Farm and share these with the MyFarm Farmers, generate content to educate the community ahead of the vote (eg video about soil types) and respond to people's questions and comments. The editor is part of a larger team at Public Zone developing an editorial plan so that filming and interviews, for instance, can be scheduled and stories given to the NT PR team in advance as hooks to generate media coverage.

We know that the website itself is working. The current 4% conversion rate is good given the £30 barrier to entry. And the quality of conversations on the site is exceeding even our wildest expectations (worth a look – www.my-farm.org.uk/discuss). There is evidence from comments posted on the site that it is shifting people’s perceptions of the National Trust too:

"We joined because we read about the project on a tech website and thought it was an incredibly creative and progressive idea that the NT embraced to raise public awareness of food production and farming."

"[MyFarm] is evidence of a large established organisation like the NT being prepared to do something different, with heart and humour."

The big focus now is on the pipeline – getting more people to the site in order to reach our 10,000 target. Should we reach it, the National Trust may roll this innovative approach to fundraising out nationally, expanding it to other farms around the country. Watch this space. And if you haven't already, why not become a MyFarm Farmer yourself? 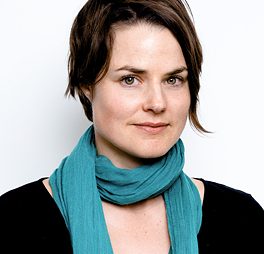