The rise and future of digital communications in charity

The use of digital clearly has many benefits for charities. Budgets are always a consideration, but the potential reach and return on digital are huge. Aside from removing the barriers of geography, much of the digital work charities can do requires little in terms of production and is more led by the time input of workers and supporters. The viral potential of the medium also means charities can expect extended coverage through their networks and followers.

There have been some great examples of charities using digital over the years. From giving a voice to the unheard to helping people help each other, charities have proven the effectiveness of digital engagement.

The first step to any successful digital communication is a well thought out and executed website. With charities typically housing an extensive range of resources and information, along with the necessity of encouraging donation, the potential for confusing and off-putting user experiences is high.

One charity whose online presence does provide an optimised user experience is the British Heart Foundation. Having employed a team of user experience professionals, the BHF undertook audience research and information architecture to ensure seamless journeys for their varied audiences.

Social media marketing has grown to become an integral part of online strategies and nowhere is this more prominent than in the work done by charities.

One notable example comes from the Underheard in New York project. By giving smartphones to four homeless people so they could use Twitter, the project gave followers a way to gain real insight into the lives of homeless people in the city. It now has over 2500 followers and shows the importance of exposing the cause behind the charity.

Another charity making social media work for them is the NSPCC. With over 135,000 fans on Facebook, the NSPCC boosted its donations and continues to build its profile through its Page. And what makes it so successful? The Page is kept up-to-date, content is posted regularly and the charity interacts with its audience.

The impact of mobile

The smartphone has exploded in popularity and the use of mobile web is a dominant feature of our digital future.

Still very much in its youth, the use of mobile by charities will no doubt continue to evolve, but we can see successes already in Depaul UK’s iHobo app and the Dog’s Trust’s iMutt, both of which use gaming to raise awareness of their causes. With donor loyalty increasingly more difficult to secure, these creative ways of getting people’s attention are a great example of how mobile can aid engagement.

So, what for the future?

What areas of digital will prove the most profitable and successful in the coming years? Obviously, the answer to that question is impossible to reach, but speculation is certainly possible… 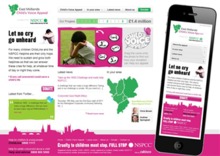 It’s already clear that mobile is here to stay – so an optimised mobile website is the least a charity should be looking at to keep their users engaged.

And that means far more than just a website that ‘works’ on mobile. The mobile experience differs from the desktop or laptop equivalent, so a tailored approach must be taken when considering how to make the most of mobile. An app may be more suitable because of the resources an organisation holds or the audiences it serves, whereas a mobile website may be the better option for charities on a tight budget. Either way, the medium chosen must be relevant to the end user.

It’s also important to remember that the mobile web does not just mean phones; tablet computing is becoming hugely popular and creating an experience around the tablet technology will be an important step for the future of digital charity communications.

The importance of accessibility does not need explaining. While WCAG guidelines attempt to provide the steer web developers need to make sites accessible, it can be argued that the needs of less able visitors are still not catered for sufficiently.

Rather, the guidelines can encourage a tick box element to web design. The issue that arises from this is complacency; when websites start implementing accessibility tools simply because ‘they have to’, the user becomes a secondary consideration and the solutions put in place risk failing to cater to each individual.

That’s not to say charities have failed in the implementation of accessibility tools. Indeed, it can be argued that charities have led the drive to create accessible websites. What is missing is a renovation of those guidelines to account not only for new technologies like mobile and tablets, but for user differences. Understanding how to make new technologies work for different users is hugely important for the future of digital communications.

Micropayments have been a bone of some contention due to their ‘one-off’ nature, but they and text based services have arrived and could well be here to stay.

The JustTextGiving service from Vodafone is one example of how charities make use of text based giving, while Give As You Live attempts to bring small donations to the shopping checkouts.

But the future of digital communications will see charities further explore how best to incorporate micropayments. How can charities use the technology to make giving more a part of everyday activity, and also encourage loyalty rather than one-off payments?

Not just for the big players…

Though monetary investment may produce quicker results, digital communication is by no means a commodity of the larger organisation. In fact, small organisations continue to see results from the lightest of digital activity.

The key to the digital future (and the digital present) for charities is engagement. By producing relevant, value content and presenting it in the most useful and appealing ways via a brand and personality with which audiences can empathise, charities of all sizes can expect a bright future for their digital communication. 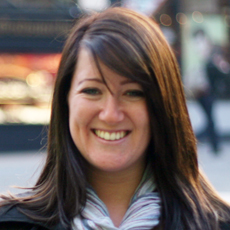