The role of digital and tech in innovation

There is a clear link between tech and innovation, but it’s a more complicated relationship than simply spending a team meeting discussing how you can use Alexa.

Working in a specialist innovation unit within Cancer Research UK’s technology department, my day-to-day consists of finding valuable uses of emerging technologies — like artificial intelligence, blockchain and augmented reality — for the charity.

But the high tech of this end goal doesn’t change the fundamental approaches that we’d apply to testing any other innovation. And it might come as a surprise coming from a technologist that this is to generally avoid building technology to test ideas as much as possible.

I’d like to share a couple of the most important principles I’ve found when it comes to working on technology ideas in an innovation context.

Any tech idea shouldn’t need tech to test (for a while!)

It can be easy to forget in the age of the ‘tech startup’ that a good idea needn’t be synonymous with technology, and easy to feel like without a decent tech capability your options to innovate will be extremely limited.

But take a quick look at the top 10 in 2018’s Start Up 100 and you’ll see 8 out of the 10 could feasibly offer what they do using a team of people and a phone line only. Do they have websites? Yes, of course, and most of them have an app too — but technology isn’t the defining feature of how these disruptive organisations are innovating — they’re changing business models, they’re building new physical products and delivering new services. Tech provides a glossy and cost-effective overcoat to do this.

And this is great news because it means that most of the time we don’t need tech expertise to build out ideas, grow usership on a small scale, and evidence value of innovations where tech will play a supporting role in the end vision. And equally important, we don’t need to build expensive technology to prove that a tech-based idea’s a non-starter. The important thing is not to feel closed off from testing an idea because it would need a £50,000 app to roll out nationwide, as chances are it doesn’t need that for a good while yet.

For those familiar with lean practices that seek to maximise learning from minimum effort (Lean Startup and The Real Startup Book come highly recommended as further reading in this space), this isn’t a new concept.

A starting point can be as simple as taking a pen and paper sketch of a website landing page for a new idea around the office to get people’s thoughts, or asking members of the public for feedback in an accessible space.

At most charities, it’s probably fair to say tech specialist employees won’t be the majority of staff, so using this methodology and mindset can be a game changer in bringing colleagues on board with innovation – whether that is a number of employees you could count on one hand, or in the thousands.

Tech specialist employees won’t be the majority of staff, so using this methodology and mindset can be a game changer.

Using existing technology can speed up an innovation cycle

While you might not need to build tech straight away to test an idea, it’s definitely an advantage to use the opportunity that existing technology presents to speed up your innovation processes. An owned website or a mailing list is an invaluable resource for experimentation and gathering feedback with speed and accuracy. The key to unlocking this is spotting the opportunities available and making sure that content management, web analytics and testing tools are accessible for anyone who wants to test out their ideas (and, importantly, some guidance to do this responsibly).

As an example, at Cancer Research UK we had a question about how effective voice-enabled devices might be to keep our donors updated about the research that their donations were funding. Would they have a voice-enabled device to listen on? Would they be interested in getting updates from us on it? Would they be confident in adding apps to a voice device? In the past, it would have been potentially tricky to answer these unknowns and assumptions — maybe you’d have to take a leap of faith and design a marketing campaign and functioning product to test the waters, or survey intent.

But using technology channels we could test the idea that day. We already had a basic news app available for Amazon Alexa (which helped!), but even if we didn’t a ‘register interest’ button could have sufficed. By setting up an A/B test on our online donation confirmation webpage with a promotion and link, we could immediately see how many people were interested and what effect the promotion had on other elements of the page. As it happened, less than 1% of the page traffic took up the offer to get our voice skill — so we knew that, for the moment at least, it was pretty much a non-starter.

This ability to get a realistic view quickly is important to speeding up innovation — the lower the effort and risk of testing ideas, the more willingness there can be at all levels of seniority to just give something a go — and the more you can test it in the real market, the more accurate the feedback.Of course, responsibility in using these channels for experimentation is also important. Too many idea tests on an established platform can diminish the online experience and careful wording is needed in promoting products or services that don’t fully exist yet. But the opportunity to build minimal or manually-delivered experiences and promote them online with minimal investment is invaluable in a charity innovation context, where often the financial or effort cost to test out an idea can be a limiting factor.

Mindset and utilising tech are a starting point

Adjusting the mindset to technology and broadening access, skills and willingness to use existing tech platforms as an insight resource are valuable steps to getting a healthy flow of innovation going in an organisation and people interacting with technology in an effective way. This focuses whatever specialist tech build resources are available on the most well evidenced innovation ideas and creates an innovation culture across the organisation.

Are people given the freedom to try new ideas, and set goals to do so? Do they get rewarded for testing out and failing ideas fast rather than persisting to an output regardless? Are they given permission to drop their day jobs if they do find a winning idea to scale? Answering these questions might well involve a shift in approaches to performance assessment, leadership and even finance structuring. In short, tech isn’t the be all and end all of driving innovation, but working smart with it can definitely help.

You can learn more about the work of Cancer Research UK at www.cancerresearchuk.org 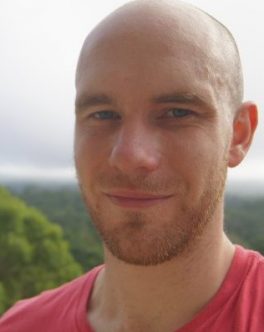