The secrets of meaningful engagement

Channel Four’s popular ‘Undercover Boss’ takes ‘up for it’ executives and drops them on to the coalface of their organisations. A recent episode featured the head of Southwark Council. Hit by massive budget cuts, she wanted to find out how services, residents and staff have been affected, and how the council could do more with less.

She spent a week working alongside care workers, housing officers and street sweepers and saw a reality she hadn’t glimpsed before. She realised that looking at plans on paper in the office is one thing, but in the real world, on the ground, it is very different.

Returning to her role, the most interesting realisation was that her frontline workers – many with long years of service – have experience, insight, perspective and passion that is being wasted. She talked about drawing them in and involving them in planning and service development.

This is often the point at which many of the best intentions fall down. Too often people set out to involve and, whether due to a lack of time, commitment, reluctance to change or an adversity to risk, find themselves simply ‘consulting’.

Involving people in a way that is meaningful and delivers an opportunity to affect real change, is easier said than done, so here are some things to keep in mind as you go:

Work with a broad brush and a genuine thirst for knowledge.

2. Be willing to learn things you didn’t expect or want

If you’ve invested time and money in building a service or process, or if your organisation has always done things a particular way, it may be difficult to hear that something needs to change. Nevertheless, it’s important to seize the opportunities that arise from fresh, genuine new insight.

Listen not only to the things you want or expect to hear, but to the bits in between.

3. Find the people who are best placed to help you learn

Don’t rely on the usual suspects. Find those you wouldn’t normally hear from. Get views from people with different backgrounds, with different relationships to the organisation and the issue, and different experiences to draw on.

Involve them in asking, as well as answering the questions and encourage peer-to-peer conversations – they are likely to elicit comments and ideas you wouldn’t otherwise hear.

Find the process that works best for those you want to involve. Consider unusual event formats, which allow people to set their own agendas, focus on topics they are most interested in or informed about, and then play a real part in delivering solutions.

Think carefully about where you have the conversations: in group settings people are familiar with, at community events, in workshops. Wherever it is, make sure it strikes the right note in terms of being informal or formal, quiet or bustling.

The time of day and the length of the session also need to be planned from the point of view of those you want to involve.

Listen, digest, learn, and really pursue lines of thinking. Switch off your judgements and your assumptions and allow yourself to be led by the people themselves. You should listen more than you talk, draw people out rather than force your own agenda.

Keep checking your attitude and don’t let yourself fall back into the traps of traditional ‘consultation’.

Remember, people have invested their time and energy at your request. Tell those involved what you found, what other people in other groups raised, and what you are going to do as a result. Work with them to explore the ways in which they can be part of that process.

There’s no point in involving people and not changing things as a result. Be true to the process you’ve been through and make every effort to ensure it has a real impact. 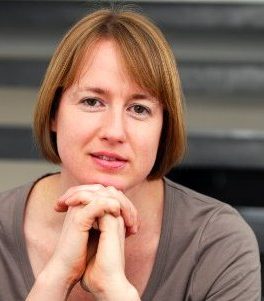 Louise Morriss runs Amazon, an agency specialising in PR, communications and engagement in the voluntary sector. Louise leads an award-winning team that creates and delivers campaigns for charities of all shapes and sizes. Join in the discussion on www.amazonprblog.wordpress.com.