The Barrow Cadbury Trust is a small, independent charitable trust. It’s not a household name, and it has its own unique model of working – focusing on supporting organisations and projects whose work will be catalytic, and create a better and fairer world through long-term change. The difficulty of conveying our model simply, convinced us an animation could explain in an engaging and entertaining way how we work and why.

At a cost of £10k it was a significant outlay, but we reasoned that in terms of messaging, promoting our work, and what we could get out of it, it would be good value for money.

We researched existing charity animations such as a witty and concise one by Nesta , and the RSA Animate series as well as many others to see what worked. As far as we are aware there are currently no existing animations in the charitable trust and foundations field so we were conscious this animation was slightly risky and could leave us with egg on our face.

I drafted a brief to explain what we were looking for. We interviewed several animators with different styles and went with the ones who suggested building on our existing visuals. We felt very confident the company we chose could hold our hand through the process, as well as being responsive to our needs.

Writing the script, storyboarding and narration

The first step was for us to write the script, keeping within a strict 500 word count, which would not take longer than around three minutes to read. The script went backwards and forwards between ourselves and the animators, as well as colleagues within the Trust. The animators were excellent at pointing out which words and concepts could be easily animated and visualised, and what was too wordy or abstract, as well as identifying what was superfluous and unwieldy.

Once the script was agreed the animators went away and came up with some ideas, which were eventually worked up into storyboards to break the script down into frames. We had to be quite sure about what did and didn’t work for us and what had been misinterpreted or was misleading. Our bottom line had to be that the final product would clearly and succinctly explain our work to those who knew nothing about us.

It was a stroke of luck that the chair of the Trust, Helen Cadbury, is a professional actor and was happy to record the script. The animation company worked with Helen in the recording studio, to get just the right pitch, tone and emphasis – within the hour budgeted for.

A couple of tips for anyone thinking of going down the animation path:

The final animation has, we think, just the right pace and interest to engage people. So far we’ve had 400+ viewings and some very positive feedback. There is definitely still work to be done on disseminating it, and it is part of an ongoing process to convey our model of working. Have a look at the animation, we would be interested to know what you think. We would also be very happy to answer any questions people have and to share the learning process if you are thinking of embarking on an animation. 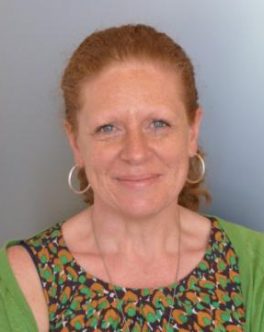 Diana has been communications manager at Barrow Cadbury Trust for over a year. She has over 20 years experience working in charity communications in social justice organisations