Charity leaders are pessimistic about the year ahead, according to NCVO, and well might they be, with concerns about loss of giving income hitting harder than ever in these straitened times.

Here at Forster we share the sector's very real concerns and fears for the future; but we also believe it's important to recognise that there has rarely been such opportunity for targeted campaigning, or such a wealth of platforms available to a canny campaigner, and here's why:

You can change people's minds.

It seems that the government will change its mind if you lobby hard enough, using the right advocates. Ok, not every time. But as campaigners in favour of legal aid for victims of domestic violence, for NHS Direct and against the sale of national forests have shown, with the right messages, conveyed by the right people, you can and will make Westminster listen.

Let's see how well the #GiveItBackGeorge campaign works. While the name is combative, it's actually building on established opinion: its own survey found that 65% of coalition MPs already believe that charitable giving should be exempt from the new tax cap measure. This is probably the way forward: targeted campaigning with a keen eye to public affairs mobilising voter power.

Often, it's the idea not the budget that counts. We worked with the World Development Movement to create a low cost viral campaign generating interest in a day of action against bankers' food market speculation, culminating in the world's largest ever game of Human Blackjack, gaining thousands of campaigns hits.

While it's tempting to fall back once again on trying to reach the largest possible number of people, it's cannier to focus instead on reaching the right people: the people who can and will make a difference to your campaign.

Be realistic about what you can achieve, and what you want actually to achieve. Focus on both the immediate and the long term. If you can't get what you want straight away, can you identify a series of steps that will lead you there? Who needs to know about your campaign – is this really a public facing campaign, or is it about high level lobbying?

At Forster, we're great believers in audience and issue insight: before you commit to your campaign, scope out where the land lies at the moment. Who already agrees with you? Who's likely to shout you down? Whose toes will you be stepping on if you launch? What potential pitfalls lie ahead?

Sometimes we can overestimate how much the wider public needs to know. Ask yourself a series of questions requiring single sentence answers: What do you want? Why do you want it? How will you get it? Why should people support you?

Turn your competitors into collaborators. Making clear that your supporters aren't the usual suspects is a sure fire way to capture policy makers' attention, and a coalition enables you to reach far and beyond your existing pool of support, offering you new and fertile ground to push your campaigns further.

5. Understand the new nature of celebrity

It's no longer the case that the biggest grossing celebrities hold the most power. There's democratisation at work here, and careers are made on understanding where the power lies. Use your audience insight to work out who really has the influence to make a change. One well-connected political blogger might tick all the boxes you need.

However, this very democratisation makes it impossible to keep control of a story as the old fashioned PR industry maintained. You might generate a story but once you've put it out there, it will grow and transform, often in ways you never expected. Make sure your sign off processes are clear and agreed at the start and that your whole team and board are on side. This will enable you to maintain your status as a trusted voice while responding quickly and getting out there to maximise your campaign.

It's incredibly rare that there's nothing useful to learn from a project. Keep your new followers on board, react to anything relevant that comes up, and be ready to jump in with both feet when the right battle rears its head once more. 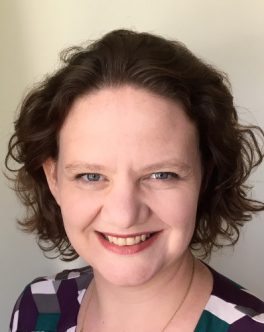 Ellen is the director, health promotion programs at Movember. Previously, she headed up the team at Forster specialising in behaviour change and strategic communications.