Trust, fundraising and the media

What's the future of fundraising? Diana Mackie thinks we need to better explain how charities work to quash unhelpful myths about the discipline

Trust is fragile. It’s hard to establish and maintain, yet when it comes to charity fundraising it is absolutely key. Who is going to donate time, money or anything else to a charity they don’t trust will make the best use of their donation?

With 190,000 charities out there, competition is stiff. All charities need to retain unblemished reputations to ensure the money keeps coming in.

You might trust a particular charity because you have been able to see first hand the work it does for the people, animals or places it exists to serve. Of course, you also need to be happy with the way in which the charity is set up, and its principles and values. It is also important that people have confidence in the fundraising methods a charity employs, whether it fundraises on the street, through special events or from charitable trusts.

Unfortunately, it is not straightforward to challenge public perceptions about how charities actually operate, their fundraising methods and how donations are used. People often make assumptions about the way charities work, thinking that they don’t have the same needs as other organisations or companies – needing to pay for office overheads or training staff, for example. To the person in the street, it may seem preposterous for a charity to take a cut of a donation to pay for other areas besides service delivery, such as paying a fundraiser a salary comparable to market values.

It’s common in mainstream media for a charity mailing to become "junk mail", or for the whole profession to be epitomised by ‘tin rattling’ or the activities of street fundraisers. It is difficult to overturn these popular media preconceptions. One principle is to be as specific as possible in explaining the impact of fundraising, which is a case in point for the work the Institute does to drive up standards. For example, a story about best practice guidance around charity direct mail was packaged as a story about banning "umbrellas in the post", with the result that the theme of professional standards in fundraising gained national coverage.

In the campaigns the Institute does to challenge Government policy, we need to be as clear as possible about how charities need fundraising to carry on providing vital services – especially at the moment. A recent campaign about saving cheque donations (cheques are currently due to be phased out by 2018) made waves in several different media – particularly as we were able to highlight exactly how much charities were set to lose out on. Research shows that some charities rely on cheques for more than 70 per cent of their income.

Fundraising as a career

In terms of fundraisers themselves, fundraising is a sought after, professional career option – which means that it’s important that fundraising is represented in careers supplements in mainstream media and represented at appropriate professional events. Using the testimonies of fundraisers – to show their own career paths and successes – is a good way to put this point forcefully across in the media.

Showing fundraisers to be at the forefront of thinking on the recession, by teaming up with the Charity Finance Directors Group and PricewaterhouseCoopers to produce a research report defining how much of a fall in income charities might expect, has been another way of demonstrating the impact of such a crucial profession. The launch story which identified a funding ‘black hole’ of £2.3bn was covered in many titles including The Guardian, The Times, and a range of trade and sector titles.

What of the future of fundraising? The perception that charities are a force for good means that fundraising will always be possible and largely welcome when performed correctly, but charities need to ensure they move with the times in the way they present themselves and their activities. I believe that an accurate picture of how charities work in the minds of the public will help quash some of the unhelpful myths that still abound, making our lives as charity communicators that bit easier. 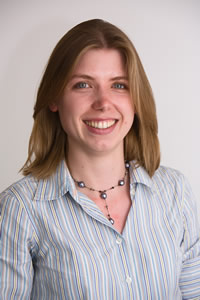