Understanding the impact of documentaries

Collaborating with a TV documentary can mean huge publicity for your cause and the chance for case studies to tell their stories authentically. Long form storytelling can really bring an issue to life. But there are pitfalls.

Jezza Neumann, documentaries director at True Vision TV and Alison Rich, external relations manager at Changing Faces, give advice from both sides on how charities and production companies can work together.

True Vision specialises in making documentaries about human rights. My films include Poor Kids, which highlighted child poverty in the UK and aired to three million people on BBC1.

We look to charities for lots of our case studies. We get mixed reactions: some won’t speak to us. When they provide case studies for news, it’s easier; they have more control and can protect them. It’s also instant coverage and potential donations. Documentaries are long haul, with less control, but they can have a much bigger impact for organisations overall. They are powerful, timeless films which will resonate for years. Charities should make sure their staff understand this. Why not get a documentary maker to talk to them?

Don’t dismiss out of hand

Often, charities say our documentary isn’t right for potential contributors – without even asking them. We totally understand their hesitation. But I just want charities to give us a chance. I firmly believe in face-to-face meetings, you can tell a lot from looking people in the eye – it’s annoying when we’re dismissed in an email. 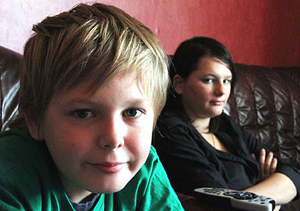 Finding the right contributors is a creative process. Often charities want to decide which case studies are best, but the obvious people aren’t necessarily right. We know it’s difficult, but we prefer to meet a range of people to find the ones who work.

We don’t offer editorial control, apart from viewings for accuracy. We’re clear what our documentaries are about upfront. Usually contributors find taking part enjoyable and empowering.

“They live in the shadows, afraid to leave their homes,” was the opening line on BBC news on the night of the world’s first face transplant. It’s these attitudes we’re trying to improve at Changing Faces, the charity for people living with conditions, marks or scars affecting their appearance.

We’ve made great progress on this working with documentary makers. However, deciding whether to participate in films and the process itself requires planning and agility.

Generally, we feel it’s better to be involved in a questionable show and try to make it better than not to be involved at all. But sometimes you have to say no. We did to Channel 4’s The Undateables, about people with disfigurements looking for relationships. Not only did we hate the name, we believed it should show couples with similar conditions who are in strong relationships – rather than implying everyone who looks different finds dating and relationships difficult. 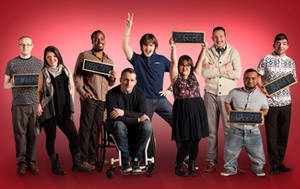 For us, support for case studies starts long before a filmmaker calls. People who join our media volunteer scheme fill out forms about their interests and what media they want to do. Every volunteer gets guidelines, with tips about everything from how to handle interviewers pressing you, to what to do if you’re recognised afterwards. We try to attend their first meeting with the producer, then keep in touch constantly.

With social media, anyone can get hold of anyone. Sometimes companies contact case studies directly. We prepare people for this, and encourage them to contact us for support.

Your organisation should get maximum publicity from documentaries you help with. Your contact information should appear at the end of the programme, and feature on the channel’s website.

Some ways to measure a documentary’s success include viewing figures, social media activity, increased donations and the impact on your case studies. Our case studies mostly get a huge amount out of participating in a documentary. 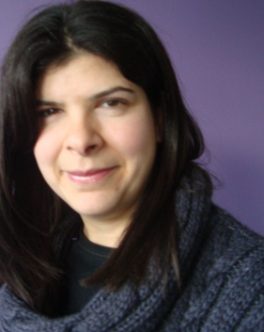