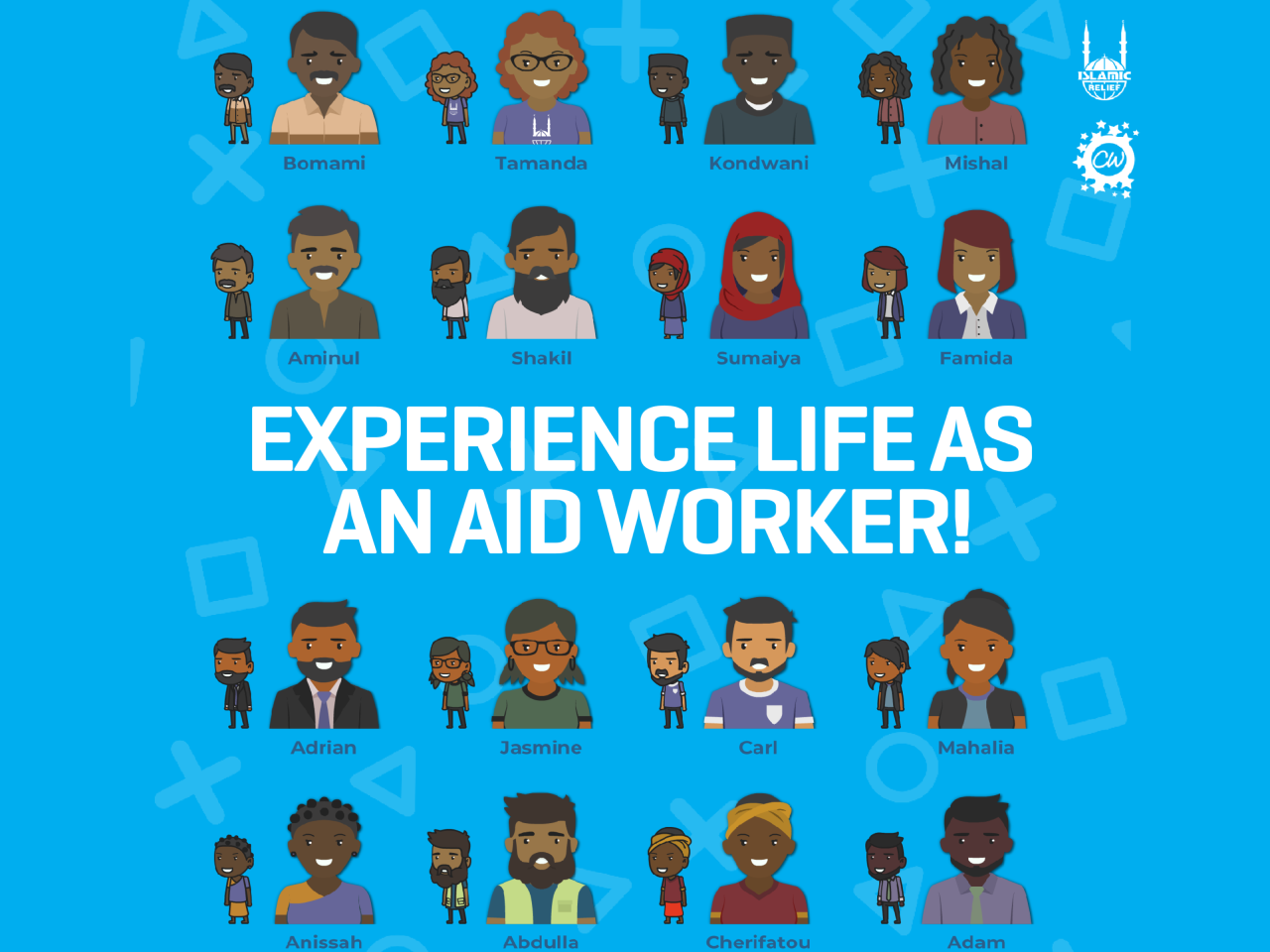 Attitudes towards charities, and particularly international aid, are increasingly sceptical. Meanwhile, the number of reported hate crimes in the UK has doubled since 2013, with around half of all incidents of religious hatred being directed towards Muslims.

Islamic Relief UK is inspired by Islam to work for a more equal world, so both of these realities are hurdles to us achieving our mission.

We decided to be bold, to take a risk and to try and change people’s mindsets through reaching out to Generation Z – often less attuned to the mainstream media than their parents, but fundamental in shaping the future. In October 2019, we teamed up with Ultimatum Games to launch a mobile game that teaches players about how foreign aid works, challenges the cynicism and tackles Islamophobic sentiment – but in a fun way!

The game, Virtue Reality, allows gamers to implement international development projects based on real-life programmes run by Islamic Relief across the world. The gamer does this through the eyes of characters who are Muslim aid workers.

The idea, which was the brainwave of our head of communications Judith Escribano, was inspired by Shelina Janmohamed’s book ‘Generation M: Young Muslims Changing the World’. The chapter on the representation of Muslims shows that Muslims either do not appear in popular culture, or when they do, men are often shown as the ‘bad guys’ and women as ‘weak and oppressed.’

The majority of people working at Islamic Relief are inspired by their faith to save lives. Where are they in TV shows and games; how must their children feel to never see positive representations of themselves?

We thought about the images we see of aid delivery, which often centres the Western ‘white saviour’ and fails to show the expertise of local staff. It doesn’t reflect the way so many development agencies work, with increasing numbers decentralising operations and relying on the expertise of local professionals.

We realised that one way to tackle both these issues would be to tell the story of Muslim aid workers. Judith knew from watching her sons play games on their phones that this was the best way to reach Generation Z. We could go directly to where they were.

When Judith came up with this idea, the CEO of Islamic Relief Worldwide bought into it straight away. He encouraged her to approach other members of the Islamic Relief family for funding. Our partners in USA and Canada chipped in so that Islamic Relief UK could deliver this game to the whole network. Thankfully, he was supportive of an agile approach. Instead of being constricted by hard targets, we had space to innovate, test and learn.

Next step was to find a developer. We contacted the British Games Institute (BGI) to ask where we should put it out to tender. Seven developers applied and we shortlisted four. There was a clear winner.

Shahid Ahmad, the managing director of Ultimatum Games, presented a perfect pitch. As a Muslim, he had experienced Islamophobia himself and is passionate about positive representation. He had also been a donor, so he knew some of our work. And as a games developer with more than 40 years’ experience, he knew how to create a gripping game that keeps players entertained. After all, our efforts would go to waste if we created a product that nobody wanted to play.

With the product itself in the making, we needed to think about how we would draw people’s attention to the game. We decided to launch it at the National Videogame Museum during Charity Week, when thousands of Muslim students across the UK organise activities to raise funds for Islamic Relief.

We invited local schools to come along and test out the game. And we invited journalists and broadcasters to observe them playing it. It was a risk: the children might not have liked it and we’d have their response on camera. But thankfully, it paid off. The kids couldn’t stop playing the game. Non-Muslim children recognised that they’d never seen Muslims in a positive light in a videogame before, while Hijab wearing teens were quick to point out how much it meant to see people like them presented as independent and altruistic. One girl said “It makes me proud to be Muslim.”

My colleagues and I in the media team secured coverage in over 50 outlets. Three months after launch, we’re still getting requests for interviews.

Social media was also abuzz, with tweets from influencers such as Shuhei Yoshida (Sony’s President of Worldwide Studios), the director of global communications at the UN, and other development organisations, such as Cafod and Shelterbox. We were delighted to see that the game didn’t just appeal to British Muslims.

Virtue Reality’s journey is far from over. Our office in Malaysia has launched the game, and this year, offices in Canada, the US and Australia will introduce it to their markets.

Take an audience-centred approach: The game worked because we understood our audience. We know many British Muslims feel under-represented or disappointed about negative representations of themselves and their faith in popular culture. And as charity comms professionals, we need to constantly adapt to an ever-evolving climate. It is no good bemoaning people who don’t engage with mainstream media – we need to put our audience first and meet them where they are.

Rely on the expertise of partners: We recognised that we are not tech experts. We left the technical stuff to Shahid. That’s not to say it wasn’t a collaborative process: it was. We told him what we wanted to achieve and informed him about our projects overseas, and he came up with the best way to present those projects in an informative, but entertaining, manner.

Get out of your comfort zone: This was such a new idea for us and we knew we’d have to approach new media contacts as well as approaching our established contacts. That meant cold calling, explaining our charity, the game and the concept all in one call, without losing their interest. In the end, we secured coverage in BME media, local press, children’s media, the tech sector, and mainstream media in print, online, broadcast, blogs and podcasts.

We hope this will contribute to a gradual shift in attitudes towards international aid and Muslims – both of which are much-needed at this crucial time in a divided country.

Emily is a talented writer and media and communications professional with experience of national media, reporting overseas and communications and press for the charity sector. Having trained in digital journalism at The Guardian,  Emily now applies her expertise in the media team at Islamic Relief UK where she has secured coverage of the organisation, and it's programmes and campaigns across national, international, local and sector press.