Discussing ‘the birds and the bees’ is a conversation nearly all parents have, along with not talking to strangers, how to cross the road and wearing a seat belt. In contrast, the issue of sexual abuse is not something commonly discussed with young children. At the NSPCC we needed to understand parent’s concerns and discover what would motivate them to speak about the topic.

In the wake of the Jimmy Savile revelations, sexual abuse has consistently appeared as the biggest public concern relating to children. It was clear parents and carers needed support to allay their fears and give them the tools to facilitate conversations with children in an age appropriate way. This is why we launched the Underwear Rule campaign.

Child sexual abuse is so emotive and distressing that discussing it with your family is too difficult for many.  This was the barrier we sought to break down. While statistical research influenced our campaign, it became clear the key to a powerful and ultimately successful campaign was fully understanding our target audience – parents of 5 to 11 year olds.

As always, qualitative research needs to be married with statistical research. Interestingly our pre-wave quantitative research suggested many parents knew what to say on the topic of keeping their children safe from abuse – with 74% of parents agreeing with the statement that they knew what to say, 19% strongly agreeing.  However, when we spoke to parents directly, a very different picture emerged.

To provide us with additional insight we undertook twelve 90 minute interviews with parents of primary school children across the country. When we directly asked the question in these interviews parents were much less confident. Reasons they gave for not discussing abuse included: fear their children were too young, worry the conversation would frighten their child or they would misunderstand it. The most frequent feedback was that it wasn’t relevant for their family.

The findings from the interviews suggested many parents who would have agreed with the statements in the quantitative research might have had top line conversations, perhaps telling them not to speak to strangers, but were daunted by the thought of discussing the issue in more depth.

This trepidation from parents was the strongest driver in our communication messaging. The 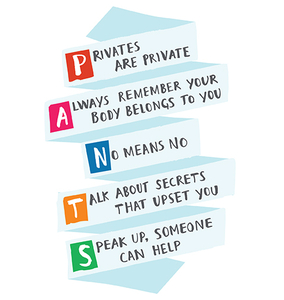 campaign needed to deal with the gravely serious issue in a light-hearted, and ultimately, accessible way.

The Underwear Rule was developed as an incredibly simple tool for parents or carers to have this conversation without directly discussing sexual abuse. It focused on teaching children their private parts are private, their bodies belong to them and they should speak to an adult if they’re upset or worried. It avoided the need to mention words that would be uncomfortable for many parents.

The campaign launched with UK-wide radio, TV and digital advertising communicating the simple PANTS acronym. The creative execution echoed the straightforward and light-hearted tone of the Underwear Rule campaign and aimed to reassure parents it wasn’t a scary issue to discuss but a normal conversation to have.

The campaign received an overwhelmingly positive response from parents, the media, professionals and stakeholders. The online guide was downloaded more than 100,000 times with an additional 250,000 hard copies distributed and 36% of parents with children between 5 and 11 being able to recall the campaign.

Since the launch, an additional 400,000 parents have had conversations with their children aimed at keeping them safe from abuse. The NSPCC has also been contacted by a number of parents who, since ‘talking Pants’ with their children, have prompted disclosures from their children on abuse or grooming. In one case a mother found her child had been abused by a family friend, who has since been jailed for eight years.

Had we relied on the quantitative research we might have assumed parents were confident in their abilities to know what to say to their children. Parenting is such a subjective issue that it’s hard to lay down parenting rights and wrongs. Instead what worked with this campaign was providing a clear and light-hearted way to talk to children and then leave parents to have their own conversations.

While polls can help to gain a broad sense of where your target audience is at, for many behaviour change campaigns, it’s critical to delve deeper into their views and attitudes. Statistics alone won’t help you understand the subtleties of what they believe, why they believe it, and how they talk about it. Success comes from the nuances and detail of really knowing your target audience. 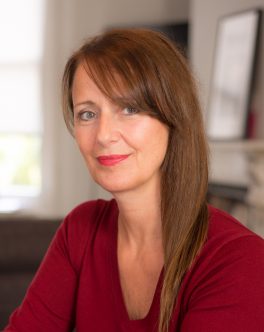 Ali Jeremy is director of communications at NSPCC.