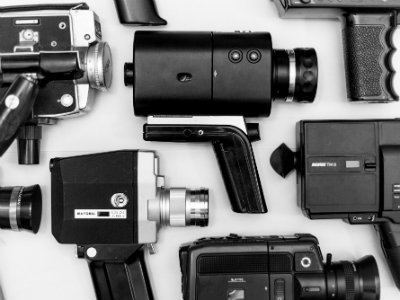 On 26 April 2019 CharityComms held its first ever video for charities conference. We had a range of speakers chatting about everything from kit to strategy. Here are some of our key takeaways from the day.

One thing we heard repeatedly was that video is important. Whether we talk about the 100 million hours of video watched on Facebook every day or the 80% of consumers who find video helpful when deciding how to spend their money, it’s not going anywhere and charities need to be getting good at it.

But it’s not a silver bullet

Just because video is useful, doesn’t mean it should be used for everything. Chris Dessent, managing director of Creative Concern pointed out, “Is video really the best way to communicate that business sustainability report?” Think about whether your subject matter really lends itself to the medium of film. Could it be more impactful in another way?

Often, when you start to do more video, everyone and their mother wants video content for the project they are working on. If you don’t push back, this can lead to overstretched creative teams, under-considered work and less impact – which may also lead to moving you further away from buy in (and budget) from senior management.

What do you want to achieve with your video? What do you want your audience to take away? Defining what you want from your project, and your video content overall, will help you ensure you’re hitting the mark, as well as giving you an ability to push back on requests for video coming from everywhere!

Chris Hosker, social media manager at The Children’s Society, pointed out the need for a solid understanding of who your audience are and what they will respond to.

Getting more of an understanding of who we're talking to rather than making #video for the sake of it.
– Do some audience mapping.
– Ask what your competitors are doing.
– Use Facebook audience insights to map out where your audience sits.@Chris_Hosker at #CharityVideos pic.twitter.com/eua3FPnsgf

And remember, getting lots of views may be nice – but it can be a bit of a vanity metric. Think instead about how your audience responds to your content.

What are people saying on social media? How are they engaging with your content? This might give insight into what people think or feel from seeing your content as well as what they want to see more of.

Be creative and bold

‘Be creative’ urged the research findings from Raw London – bold creative is needed to cut through the noise and get your audience to pay attention.

This creativity can sometimes be hampered by too many opinions weighing in. A tip from Bridget O’Leary, video production unit manager at the Salvation Army, was to have your reviews in the editing suite with the editor on hand. That way, you avoid getting massive lists of suggestions from lots of people, and big issues get sorted out quickly.

Think about the meaning your film delivers

Regardless of whether your content is ‘sad’ or ‘happy’ (ie, generates uplifting or uncomfortable emotions in your audience) you need to be aware of the meaning your audience is taking away. A film can be happy, but still have a negative meaning.

Stephen Follows, creative director of Catsnake, gave the example of ‘Grease’, which definitely is a feel-good film, but involves a woman giving up everything that she is in order to be accepted by the boy she likes and his friends. Regardless of whether you are using emotions like anger or hope to mobilise your audience, the message itself must not be detrimental.

Define representation in collaboration with your subjects

Being bold in your creative does not mean compromising on charitable values, indeed Raw London’s work with WarChild is a successful example of this.

We can’t be expected to understand the full nuance of the story before we know the person or group whose story is being told. Benjamin Chesterton, director of duckrabbit, expressed frustration in being expected to give a detailed pitch of a story set in Ethiopia from the confines of a London head office. “I’m a white middle aged man, what do I know of the story of a young girl in Ethiopia?” Instead, our panel agreed, stories have to be told in collaboration with the people telling them.

Soledad Muniz, head of innovation and development at InsightShare, pressed the importance of always having a ‘do no harm’ agenda when working directly with participants. Keep participants safe at all costs. Further, make sure that participants feel comfortable and want to be involved – this means you should keep checking in and getting recurrent consent.

Even if you’ve created the most useful, interesting video of all time, it won’t perform well if you don’t put it in places and formats your audience like to consume. Think about the platform best suited to your piece and the format and aspect ratio which is optimal for that platform.

Longer form content? Though there is a push for short and snappy ‘thumbstoppers’ on social, people throughout the sessions argued that longer-form content has a place – that we should be taking as much time needed to tell the story, and the right audiences will engage.

Agree! No harm in having short teasers for a longer film too. #CharityVideos #CharityStories

Thinking about your #content and #audience – sometime a longer #video can work better…@CreativeConcern at #CharityVideos pic.twitter.com/fCVSLsWjfX

More participation? There was also discussion across sessions about further collaboration, co-creation and participatory video in the charity sector.

Aspirations about what charity video could be?
Zim: More participatory video
Sole: More collaboration with participants
Benjamin: speak to people's lived experience respect people's ownership of their story.
Natalie: show how everyone is different. #CharityVideos

Co-creation can help bring about authenticity, especially when the creator is outside of there sphere of knowledge @DontPanicLDN #CharityVideos

The day was full to the brim with innovative ways of looking at charity video production. We hope this will be the start of a varied and engaged discussion. If you want to get involved, have a look at our newest guide ‘FilmKit: a guide for making charity films responsibly’. Tell us what you want to see next and what you think of the content so far by tweeting us with the hashtag #CCFilmKit or emailing molly@charitycomms.org.uk

Participatory video: is the charity sector missing an opportunity?

“I have some news… the video is now about a robot.”

Molly is the digital content officer at CharityComms and a Charity Works fellow. Before CharityComms, she was studying for her MA in International Development. Prior to that, she directed, produced and edited film projects both in a corporate and not-for-profit setting in the UK and internationally.