We need to talk about trolling

I’m a big fan of social media. For the last seven years we’ve worked alongside Platypus Digital as co-founders of the Social CEOs awards, recognising good digital leadership across the sector. And more than anything I’m still excited about how social media can democratise communications for charities, helping them communicate, fundraise and influence at scale.

Yet social media has changed.

On one hand social media offers excellent opportunities to find like minded people who will support your charity, and champion your cause. On a good day we see the best in human nature, like donors coming forward to give to the RNLI after it was criticised in the Daily Mail a few weeks ago, leading to an increase in online donations. But on a bad day, we see the worst in people. Jesy Nelson of Little Mix has described the death threats she received online, whilst MPs such as Jess Phillips and Luciana Berger have talked about the impact that trolling has had on their lives.

The pervading culture on social media now means that trolling is happening in many sectors. Last year I was running a session at the ACEVO conference where a group of female CEOs told me that they had been trolled. I was very concerned about what I heard, and more CEOs have since come forward to share their stories with me. I’ve also experienced racist trolling myself.

Having heard these first hand accounts Matt from Platypus Digital and I were spurred into action to take some initial soundings from the sector. We partnered with ACEVO on a survey to find out what female CEOs have experienced, and the support that they need and this resulted in 27 female CEOs coming forward to share their experiences with us. Whilst this is a small sample size, what they had to say is disturbing. Since the survey we have compiled the responses into a free to access report (put link here) and we hope that by shining a light on this issue more CEOs will come forward to talk about what they have experienced.

Here is a snapshot of what we learned from the research:

So where do we go from here? Trolling is a sensitive and difficult area and we want to hear from any other CEOs who have been affected, whichever gender they identify with. We recognise that trolling is an issue that affects everyone.

If you are interested in finding out more you can read our full report here.

Charity Digital Trust have also offered to help organise a roundtable to look at what support CEOs need, and to review what can be done to solve the problem, including campaigning. If you’d like to attend the roundtable please contact Jonathan.Chevallier@charitydigital.org.uk

Our people deserve to feel safe online, and we hope that our research helps get this conversation started in the sector.

Zoe will also be talking more about the report at our Wellbeing in charity communications seminar. 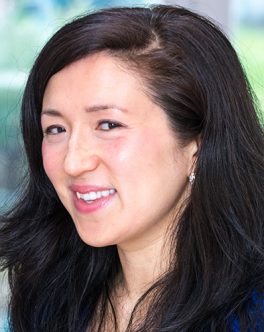 Zoe Amar is founder and director of Zoe Amar Digital, a charity marketing and digital communications consultancy who've worked with Action Aid, CAF, Crimestoppers and many other great charities. She also blogs for The Guardian. Zoe shares charity marketing resources over at www.zoeamar.com and @zoeamar