“We really must do an app…” Diabetes UK Tracker App development

In the summer of 2010 some funding became available for us to develop a Diabetes UK mobile app.

Aware that many unnecessary digital products had been born of someone’s boss saying: “we really must do one of those”, we first wanted to make sure there was a need to be met – so we started by doing some research into existing diabetes, health and charity apps.

We didn’t want to duplicate existing tools, unless we could do them better – but we were also open to partnering with existing developers if adding our brand or other support would help a useful tool to reach more users.

First we asked our Facebook community what sorts of apps they used, and what they would like to see. We got a really good response. One thing that stood out was none of the existing apps helped with the emotional aspect of living with diabetes – and we’d also noticed this had been a common topic on our Facebook page. So, if we produced a diabetes management app, covering this aspect should really add value.

In the autumn, we added all our community comments to our own research, and added some initial ideas for what app we might develop – including new tools to help people manage their diabetes, as well as thoughts on repurposing existing functionality or content.

We deliberately kept the brief open, but backed it up with the research – making it clear that, while we had already done a lot of preparatory work, we were still open to new ideas and insights.

Of the five agencies we briefed, three were invited in to discuss their proposals further. Various Diabetes UK stakeholders, including a clinical advisor, the commercial manager and several Digital Media team members, attended these pitches.

Public Zone won the commission based on their research-based approach – making it clear that more thorough research was needed, to create the most effective solution.

This included face-to-face and phone interviews with people with diabetes – as well as tapping our social media communities for further insights. The research allowed us to better understand our users and their goals. One key finding was that people with diabetes found a lot of support and advice remotely from other people with diabetes through online forums – but their ‘inner circle’, of close family, friends and healthcare professionals in primary care, didn’t understand their diabetes so well.

Many people with diabetes use a diary or notebook to record their blood glucose levels, which they test several times a day with a finger-pricking device and a meter. Keeping a diary of their results can help people with diabetes and their healthcare team work out whether their treatment needs to be adjusted.

The idea of the Tracker app – which was developed after collating all our research and ideas – is to provide a ‘souped-up’ version of a notebook, designed to be quick and simple to use, taking the daily chore out of logging levels such as blood glucose, carbohydrates and calories. It’s perfectly suited to mobile devices, since information needs to be recorded throughout the day and most people have their phone with them at all times – plus, it allows users to easily share information with their ‘inner circle’ of support, in person and by email and on social media sites.

The app development took several months, with regular meetings between the core project team, which included some of the original stakeholders. Since 70% of mobile traffic to our website came from iPhones we decided to develop for this platform first.

We shared some prototype screens with our community on Facebook and our Diabetes Support forum, which again provided really useful feedback. We also conducted user testing while the app was still in development.

In its first year, the app has been downloaded more than 25,000 times – more than double our target. In September 2012, just over a year after it launched, the app won the Third Sector Excellence Award for innovative use of digital media.

The project didn’t end with the launch – the evaluation, feedback and improvement process has been continual. As well as keeping an eye on developments in the diabetes app market, we have encouraged feedback from users by email and through social media, as well as through App Store reviews. We have produced updates to fix any issues that users have spotted. We have seen more than 22,000 downloads of these updates to the app, which is another way we can tell that the app is still being used.

We have also collated and prioritised all our users’ suggestions and will use them as the basis for further developments this autumn. We will also add a dedicated analytics package – because although the App Store tells us the number of downloads and updates, additional analytics will give us much greater insight into how the app is being used, which in turn can inform future developments. Finally, we are also looking at ways of making the app functionality available on more devices in 2013. 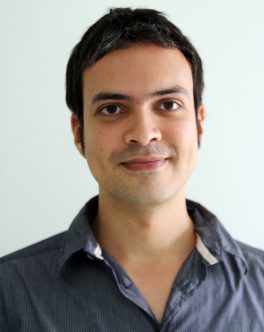 Graeme manages the digital media team at Diabetes UK, working on the charity’s digital strategy, development and content for the web, email and search marketing, video, apps, ebooks and emerging formats. He has worked in charity communications since 1997.