A recent nfpSynergy report hypothesised the reason trust was up in the summer of 2016 may have been because 2016 had been extraordinary in terms of global news events and charities kept their heads down and noses relatively clean.

The most talked about subject, as always, is fundraising practices. Organisations are expected to be GDPR compliant in a matter of months and we’ve recently witnessed the establishment of the Fundraising Regulator and Fundraising Preference Service (FPS). However, charities might still be set for a rough ride, with over 42,000 complaints received by the Fundraising Regulator, (compared to a mere 13,000 received by the ASA across all UK adverts). There’s plenty of scope for charities to address underlying problems.

Charities can pick up some quick wins by addressing concerns through comms and marketing. This would be a creative step forward, rather than just sticking a Fundraising Standards Board logo on the home page and hoping people find the annual report. Stephen Dunmore, interim chief executive of the Fundraising Regulator went so far as to say charities should be actively marketing the FPS, and he’s not far wrong.

A great example of ‘owning the issues’ is McDonald’s campaign to debunk myths about the contents of its nuggets and burgers. If you know what’s stopping people eating your products, why wouldn’t you address their concerns head on? The public want more transparency across every sector, and being upfront and bold about your organisational choices, without getting defensive, stops myths spreading and gains respect. McDonald’s could have got defensive or overly analytical, but their use of gentle humour and focus on clarity conveys control of the situation and consumer understanding.

I have had too many conversations with people from outside the charity sector who think the money spent on charity advertising or fundraising should be spent on direct services. There’s a basic lack of understanding as to why charities need to fundraise and communicate; it’s seen as inefficient at best and vainglorious at worst. If someone were brave enough to run a campaign that pointed out their fundraising ROI was two and a half to one or using econometrics, we can prove advertising leads to support, it might stop these conversations in their tracks. And there’s a potential double pay off, capturing new audiences while also further engaging existing supporters.

When I was head of marketing at Anthony Nolan, we started to invest in Facebook advertising, leading directly to people joining the stem cell register who went on to saving the life of someone with blood cancer. Yes, it cost money. Yes, it was definitely worth it. And if you can’t justify your chief executive’s pay, then it’s time for a new chief executive (or chair of trustees).

What’s surprising is the sector is not doing more of this already. We’re supposed to be the ethical ones. We’ve got the most compelling propositions, propositions private sector companies would sell an elderly relative for.

We’ve got brand narratives that are impossible not to support, when articulated effectively. By developing your brand to reflect commonly held values of authenticity, honesty and transparency, and then expressing them through excellent communications, an organisation can stand out and increase its stock of the most precious of commodities – trust.

Remember, loyalty isn’t won by what you do, but by how you do it. 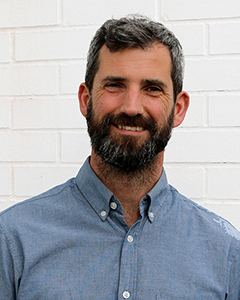