What can innovation do for charity fundraising programmes?

The opportunities presented by the blisteringly fast pace of technology development go way, way beyond contactless donations but many tricks are being missed.

So how can innovation help fundraisers?

Fenella Humphreys, former fundraising innovation manager and now manager of philanthropy at Greenpeace New Zealand, throws some light on what innovation can do for your fundraising programme…

Often at under-resourced not for profits, innovation takes second place to programme delivery and reaching budgeted targets. Also, the word innovation can sound daunting. It sounds like something to do with software or apps. It sounds expensive and different to what your charity does. But in fact, it’s about finding better ways to do what you are already doing.

We fundraisers have this in our blood. We constantly try out new things through testing, measuring responses, tweaking and trying again. Innovation can simply mean you take a step back from your day-to-day tasks and think “hang on, how we could do this better?” It’s when you put yourself in your donors’ shoes and make changes to better reflect their needs. It might be something you’ve suddenly thought of due to a timely opportunity or something you’ve aimed to change for a while, but it takes time to get agreement and make things happen.

Our first example is about our middle donor programme. Middle donors are usually defined by a gift range between the general and major gift groups (for example $500 – $5,000 per year (about £250 – £2,500). However, we had created distinct middle donor groups defined by their interest and giving level. After five years the programme overall was failing to reach its target. But we felt there was still an opportunity to grow giving among this group. We reviewed our programme and developed and tested an alternative with a higher return on investment. We realised two things from the review:

The resulting innovation was the creation of a middle donor special appeal programme. We also simplified our middle donor strategy so we could better measure and retain middle donors across our supporter base — not just those that were in the distinct middle donor groups we had created.

Although this was innovation of our programme, it involved introducing one of the most traditional forms of fundraising — special appeals through direct mail. And it has worked well. We are receiving larger gifts in our special appeal programme than we were before and we have been able to steward a larger proportion of our database for middle gifts.

The project was a success because we had a clear brief. An effort was made to work collaboratively with the team from the start of the project to get insights and ideas through to project completion to develop processes. We had good data on the current status and the proposed change wasn’t entirely new to us — we had an existing general appeal programme. We were also able to test our ideas in advance.

The project was a success because we had a clear brief.”

An example of where we have made the most of a timely opportunity is by innovating our lead generation a few years ago. Greenpeace had recently completed a high-profile action as part of the Save the Arctic campaign. At the same time, we had the opportunity to use a ready-made direct response TV (DRTV) advertisement about the same campaign area. We had previously done small DRTV campaigns, but never consistently, and never using a DRTV-style advertisement. We had a chance to make the most of the media attention around the Save the Arctic action by getting our message out to a new audience, on a new channel, in a new way.

We acted quickly and were able to get a spot on TV two weeks after the action. It attracted thousands of motivated and contactable new leads for our telephone fundraising team. In the first couple of weeks, conversions to regular gifts were some of the highest we had ever had.

This project worked because we were open to failure. We had tried similar approaches before but never on the same scale. We realised the opportunity open to us and took it quickly — we knew any delay would impact response. DRTV remains a central part of our lead creation. 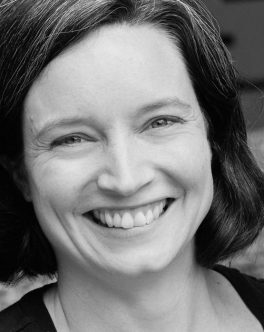