Home › Knowledge Hub › Top tips › What charity communicators can learn from filmmakers: storytelling tips from behind the camera

What charity communicators can learn from filmmakers: storytelling tips from behind the camera 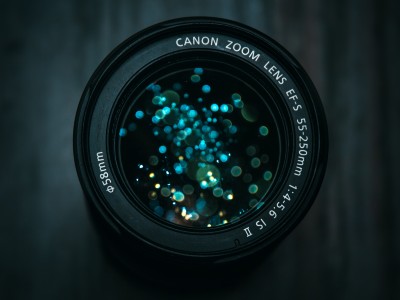 A great film will engage, move, and stay with you. And that’s exactly what you need your charity’s stories to do. But what makes a great film? It’s a question worthy of a PhD, not one to answer in an 800-word blog.

However, experts tend to agree on a few key elements, such as a strong plot, sharp editing, memorable characters, and above all, decisive direction. Here are five things charity communicators can learn from filmmakers when it comes to effective storytelling.

Before you start, plan your story carefully. Good charity stories have the following structure: the problem, what the charity did about it, the difference it made.

“My skin itched. I always had diarrhoea. Some days I missed school to go with my mum to find clean water.”

What the charity did

“When Super Water Charity installed a water tap in my village, life was so much easier.

The difference it made

“Now it takes 15 minutes to get clean water for our family. I no longer get stomach cramps. I never miss school. I want to be a doctor, or maybe go and work for a charity like Super Water Charity.”

It’s a solid formula. But remember, a simple plot doesn’t always need to start at the beginning. That’s not to say you need to go full Eternal Sunshine of the Spotless Mind so readers don’t quite know what’s going on until the end. But you could, for example, reverse the chronology. Start by painting the picture of the situation now – a happy, healthy child playing, or someone opening the door to their first safe home – and then explain how this came about, thanks to your charity.

If you’re looking for inspiration for ways to structure your story, read about the seven basic plots of storytelling.

2) All classic films have memorable characters

Decide carefully who is going to tell your story. If you want your reader to take action – donate, volunteer, campaign etc – they need to connect with your ‘character’ and care what happens to them. Think how emotional you feel about the injustice Daniel experiences in I, Daniel Blake.

The people you support are the strongest characters you have. Allowing them to tell their story about your charity, in their own words, will have the greatest impact.

Many film critics hate narrators, believing the characters in a good story should always speak for themselves. But, sometimes, like in many biopics or director Marc Webb’s (500) Days of Summer, a narrator is brought in to give you information or say things the characters wouldn’t.

In the same way, in your story, you might want to use your charity’s voice to set the scene (see the next point) or add an ‘ask’ at the end. For example, you might follow a personal story told by ‘Jane’ with: ‘Will you donate today so another disabled person like Jane can get the right support at the right time?’.

3) Directors know when to show the big picture…

Often films will open with an establishing shot to set the scene and give the story some context. Remember the original Star Wars? Just after the iconic ‘in a galaxy far, far away…’ text has finished rolling, we’re shown the vastness of space for a moment before a spaceship hurtles into view – an introduction to the alternate universe we’re going to be immersed in for the next two hours.

The equivalent in your story might be to introduce the issues you’re about to delve into and present the extent of the problem you’re tackling. For example, ‘in the UK, one in four people in the UK will experience a mental health problem’ or ‘a girl in South Sudan is more likely to die in childbirth than to finish primary school’.

…and when to use details

As you start your story, focus in on personal details that people can connect with. Show the small things that make a big difference. A cup of tea and a chat may not seem life-changing. But when an older person is so isolated they haven’t spoken to anyone for days until your volunteer comes to see them, that small detail is worth highlighting.

4) Expert filmmakers understand what to leave out

In a classic film, every word of dialogue and every glance between characters has a purpose. Take Brief Encounter, for example. Every shot you see, the director has thought about exactly what to put in and leave out of the frame for the maximum impact.

It should be the same with your story. If you’re not sure something needs to be there, it probably doesn’t. Will referring to a policy report in a fundraising communication move people to give? Does the detail of how a service was set up show the impact it has on someone’s life? Probably not, so leave it out.

Great films ‘show’ rather than ‘tell’. Think about how the colour and imagery in La La Land represents what a character is feeling. There’s no need for explanation. In your communications, a strong image, alongside a short but carefully chosen quote, for example, can speak volumes. Remember the This Girl Can campaign or these Fairtrade Foundation posters?

5) All memorable films have a great director

From Steven Spielberg to Sofia Coppola, Danny Boyle to Jane Campion, directors are the key, glue and driving force to a good film. When you’re developing stories for your charity, be a good director. Have a vision for your story – what do you want people to think, feel and do after they’ve read it? And, most importantly, stick to your guns when it comes to delivering that vision. That means building strong relationships with the people sharing their stories, and watertight project management, especially when you’re getting feedback and sign off from your crew.

Photo by Dollar Gill on Unsplash