A week doesn’t seem to go by without the charity sector hitting the headlines for one reason or another. From fundraising techniques to salaries, many questions have been raised about the way in which charitable organisations operate, resulting in a seemingly unprecedented amount of negative media coverage.

While some claim that the media is specifically targeting charities in a bid to weaken them, others believe the negative coverage is the consequence of years of failure to explain the realities of running a charity in a modern world. Either way, charities have struggled to cope when coverage turns sour.

Speaking to journalists about how they perceive charity PR, many highlight a number of frustrations. In their view, charities often lack an understanding of what makes a good news story – using PR as part of their marketing strategy rather than thinking about how to deliver genuinely interesting news. Equally, they report a lack of strong, interesting and relevant case studies where they have the opportunity to interview charity beneficiaries themselves. Instead they have to rely on pre-written paragraphs that do little to convey the emotion, colour and depth that journalists are looking for.

These journalists have also raised their eyebrows at the tendency for many charities to stick their heads in the sand and ignore criticism in the hope it will just go away, when they should be publicly standing up for themselves. “No comment” simply doesn’t wash as a response.

The feedback provided by those who work within the media is reflected in the experiences of charities themselves. A recent survey of 125 charities by CharityComms asked charity PRs to select their top three challenges when securing press coverage for their stories. While lack of time and resources were the most common issues for charity media teams, with 59% and 44% of respondents admitting to these problems respectively, the results also showed that charity media managers find it difficult to place stories in the media due to a lack of interest from the press in their stories (38%), poor contacts (20%), and a belief that the press is mostly interested in negative or sensationalist stories (25%).

Of course, there are some charity PR people and teams that work very effectively with the media, delivering great content in a way that meets both parties’ needs. However, for every charity PR that works well with journalists there are countless others that do not.

To help give charities a better understanding of how best to make the most of their resources, and to strengthen their understanding of what it is the media is looking for in a story, I have written a book, Effective Media Relations for Charities: what journalists want and how to deliver it, published by Social Partnership Marketing in partnership with CharityComms.

Tapping into the benefits of the media and tackling the challenges can be easier said than done, especially where cynical and time-pressed journalists are concerned. Successful media relations require a combination of skill, resources, good relationships – and a whole lot of luck. While this book can’t provide readers with the luck, it can help provide them with the knowledge needed to plan an effective media strategy.

More like this
Find out more about Becky's book, Effective Media Relations for Charities: what journalists want and how to deliver it 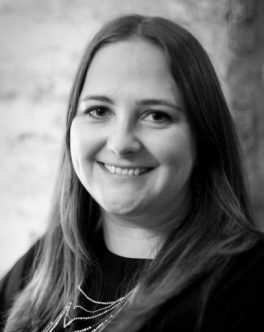 Becky is the founder and managing director of Slack Communications. She is the former deputy editor of Charity Times, editor of Professional Fundraising and publishing editor of Charity Insight magazines. Becky is also a member of the Understanding Charities Group.