What will be the social media trends of 2014?

Social media, have you heard of it? Supposedly it’s really going to take off. We asked in our enews for your thoughts on what 2014 holds.

Some are not so sure

Who knows? I don't think this growth was predicted anyway.

The general consensus is Twitter will continue to be one of the main channels for charities to concentrate on this year.

Twitter will continue to rise; better integration across all online media.

Mark Zuckerberg will be hoping your psychic abilities aren’t up to much.

Are you planning on using any of these?

An increase in Google+ utilisation for brands.

I foresee Vines and Instagram video having a big impact on how charities deliver their key messages.

New platforms will emerge but will have slow uptake.

Something that’s new, simple, easy to donate, transparent, where small amounts of money can have an impact.

Increase in above the line marketing spend on advertising and sponsored posts.

Paid and promoted posts – the only way to get reasonable reach seems to be through promoting posts and tweets.

More use of paid advertising – and people being turned off by it.

Have you got a budding filmmaker in your organisation?

Better use of video/content marketing, in particular to communicate a charities impact.

I think the theme of 'storytelling' will be a trend.

Measurement and engagement (check out our April workshop)

Decide which platforms to use, how and what to measure.

Social media use will grow meaning more people using it to find our organisation as well as commenting on our work.

Differentiating content between platforms rather than a one-size-fits-all approach.

Some brands will proliferate their presence; others will pare it down to the few platforms that work.

A more joined up approach between charities and their corporate partners; an increase in charity popularity on social media due to them doing it better.

More treating social media interactions as donors and supporters, rather than numbers.

More of a focus on ROI of social media activity. More tools on influencing influencers.

Consolidation in the established social media, with smaller charities getting involved and older audiences getting more engaged.

Proliferation. Facebook and Twitter continue to dominate but more and more sites developing and attracting large followings, requiring charities to try and be on many platforms all at once.

More engagement-focused strategies rather than broadcast.

More sharing of interesting content across lots of different social media in cross media communications to increase reach and reward.

Greater use for crowdfunding.

How much will your organisation spend on social media in 2014?

Do you think your organisation should spend more on social media in 2014?

My favourite bit of feedback:

I would personally like to see organisations being less fearful. Sensibly allowing employees and volunteers to reap the potential benefits of using social media, supporting them, and coming up with guidelines of what acceptable use is.

Talking of predicting the future our very own Mystic Vic’s been telling The Guardian what we can expect from charity communications in 10 years’ time. 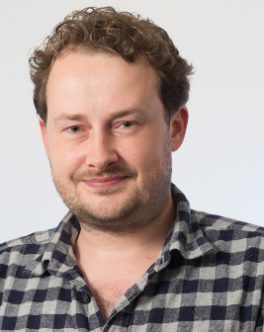