When charity and commercial brands meet

As the saying goes, "teamwork makes the dream work". The dream of harnessing both charity and commercial brands to instigate social change was the focus of the first Brand Breakfast of 2016.

Looking at the collaborations between British Gas and Shelter, and the Tesco National Charity Partnership with British Heart Foundation and Diabetes UK, the presentations and discussions addressed key issues that arise with charity and commercial trade partnerships.

British Gas and Shelter’s successful collaboration is founded on their shared goal of ‘supporting homes across the UK’. Both organisations have missions focused on the home, so the alignment made sense to employees and customers. Prior to combining forces, transparent discussions about brand fit, shared objectives and key performance indicators helped to ensure British Gas and Shelter were on the same page from the start.

Developing messages to share with existing audiences and employees of both parties was crucial. Abi Robins, director of corporate responsibility for British Gas, said that without a message that resonated with its audience (employees and customers alike) the partnership would fall short of its full potential. Furthermore, employee engagement on British Gas’s side was crucial for the campaign. British Gas employs almost 30,000 people across the UK, making employee buy-in essential. Robins emphasised the importance of clearly communicating Shelter’s brand internally to British Gas, as involvement in partnership activities positively impacted employee engagement.

The Tesco National Charity Partnership is a combined effort between Tesco, British Heart Foundation and Diabetes UK and is the first triad, uniting a national retailer with two charities operating across the UK. Achieving social purpose is a lofty goal, especially when combining three large organisations. Still in its infancy, the partnership has remained on track to reach its £30 million fundraising goal by the end of 2017.

Jenna Hall, programme director of the Tesco National Charity Partnership, spoke about how they are maximising colleague and customer fundraising to generate income through the Partnership’s prevention programme, Let’s Do This, aimed at improving Britain’s health by promoting healthy eating and daily physical activity. The Partnership has created a team of people from all three organisations who operate as a single, unified entity to ensure maximum efficiency. The team combines the collective strengths and national reach of all three partners.

A significant impact on society

Programmes and partnerships that combine the strengths of both the commercial and charitable sectors could potentially have a significant impact on society. However, if not executed correctly they run the risk of falling flat and leaving customers confused. Compelling campaigns assess the brand fit between both parties, aligning goals, messages and channels. Organisations which have compatible missions or which can harness each other’s strengths to further their own objectives are more likely to foster a meaningful partnership and achieve their shared goals.

More like this
Join us for the next Brand Breakfast, an exclusive forum for CharityComms members 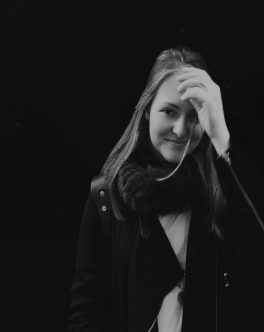 Sarah works across the many departments at the Team, specifically on projects regarding marketing and communications. Previously, she worked at the collaborative consultancy Carol Cone On Purpose, which focuses on helping clients build purpose into their core business strategies.