Why CEO letters suck (and how to make them better)

What’s the point of CEO letters in annual and impact reports?

They’re supposed to be a friendly bridge between your charity and your supporters. An opportunity to sum up the contents of a new strategy or annual report below a head and shoulders pic of your leader looking respectable in a suit.

Well, that’s the idea. But all too often the reality is a huge block of text that no-one reads (not even the CEO in question).

Not that you’d want to. Sadly, it’s often where plain English goes to die. A dead zone where inspiring messages get lost in a fog of impenetrable jargon and sentences that make Henry James’ look pithy.

It doesn’t have to be this way. Luckily, there’s plenty you can do to pimp your CEO letter and ensure your charity’s all-important key messages shine through.

You’re probably already brilliant at banishing clichés from your copy. However, for some reason, CEO letters are a breeding ground for the blighters.

It’s all too easy to play cliché bingo. Did you really have “a year of opportunities and challenges” (spoiler: so did everyone). And is it right to say you’re all “moving forwards” – as if moving backwards was an option?

This isn’t about being a pedant. Clichés kill good comms: they turn off readers and make what you’ve got to say seem bland and boring. Who wants that?

Seek out the truth behind the cliché. Were the ‘challenges’ the tabloids put you on their hit-list and your funding was cut? Then say that instead, readers will love you for it. And if the cliché doesn’t convey any information but is just there to take up space, then cut it. No-one will miss it.

Problem 2: your CEO is another white guy in a suit

Remember you had that meeting about being a more diverse charity (your CEO may even have written a blog about it!)?

Well, stats show many charities are run by white men. That’s not necessarily your CEO’s fault (blame patriarchy/institutional racism). But ask yourself: would you have more impact giving the page over for someone different to have a say?

Who says it has to be your CEO introducing the report? From a service user talking about their experiences to a frontline worker – there’s lots of people who could better explain what you’re all about.

When was the last time you read an actual letter?

The format itself seems wedded to the past. Comms professionals are highly creative – and it’s time we gave some thought to reinventing the format.

Why not try a Q&A format instead? Or mash it up with the ‘Our year in figures’ section and have a page of amazing stats beautifully visualised?

You could even take the whole thing online and shoot a video featuring your supporters, CEO and service-users telling readers what’s been going on.

Problem 4: they can be very long

Charity comms professionals are happy slashing copy down until we’re achieving the maximum impact with minimum words. So why let CEOs get away with long-winded waffle?

I’ve seen letters that push 1000 words. That’s way more commentary than any supporter wants, or needs, to read in one go. Time to reach for the red pencil…

Challenge yourself to edit the letter down to the bare minimum by chopping the waffle. Could it be 250 words – or even 150? Help yourself by making sure no line is longer than 30 words, shorter if you can.

Bullet points are brilliant here. A few at-a-glance points are more likely to be read when they’re not buried in a double spread of 55-word sentences.

CEOs sometimes feel that to be credible they need a formal tone – but lose any warmth in the process. Many CEO letters feel about as warm and personal as a missive from your credit card company. And without warmth or human interest, it’s hard for readers to care.

Try and shake off formal language to create a personal connection with the reader. Thinking of it as a blog rather than a letter can help.

Start with a story – what moved or inspired your CEO about your work this year? Maybe there’s an inspiring story about a service-user to be told here.

There’s a danger this approach can morph into ‘Thought for the Day’ moralizing. But that’s got to be better than peddling out the same party line year after year. 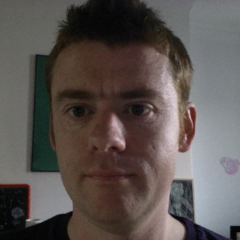