Why even the best charity videos can be problematic

Issues are complex and you can end up in the middle when it comes to effective and ineffective representation so it’s important to look at things on a case-by-case basis.

Things aren’t always clear cut and sometimes charity films that have taken leaps and strides to ensure their representation is clear and true may also include – most likely unbeknownst to them at the time of creating said film – elements which could be seen as representationally problematic.

For example charity:water are clear on their values – they don’t objectify the poor and they check their content with the people who are involved. They created a series based in Mekele, where the original BBC famine report was filmed – though there are grounds for disagreeing with their approach, some things are done well and this is one of them:

Starting with the positive, the series is fun – it’s well shot, well edited, and interesting. Further, it also reflects a more useful picture of Mekele. It platforms the pivotal work of the local NGO and nods to the strides the area has made since it was devastated by famine.

It also actively teaches audiences about some of the cultural elements of Ethiopia which aren’t covered elsewhere, like in this video about meeting the partners:

However, and this is where it gets problematic, what it also does is centre around the charity:water content strategist, who is an American man.

The implication is that we feel the need to put an American person in the middle of an Ethiopian context in order to relate. Pandering to that creates a barrier between the audience in the Global North and the subjects of the film.

Consider the way that Louis Theroux films his documentaries. He may get under the skin of the situation and uncover some interesting issues, but he is always an outsider looking in, digging around with a sarcastic curiosity that the viewer shares. We connect as a British audience to the oddball Englishman, trusting that he will guide us through. We as the audience are led to think about the protagonists the way that Louis suggests we should.

Arguably in this film series a variation on the same style is used here, but for different means. The viewer is still an outsider, because our protagonist is an outsider. The viewer is put in his shoes, perpetuating distance due to language and cultural barriers. charity:water do this quite deliberately at times, to make an effective point. For example during the below film where our protagonist learns just how strong the young girl has to be to transport water each day – a feat that the protagonist isn’t quite up to.

This suggests to viewers that people in Mekele may not be as helpless as portrayed in the past, and that they may in fact have skills that viewers themselves don’t have, yet it relies on the presence of an outsider to make this point.

This could be argued to be useful if done correctly – if it changes the minds of viewers who have no connection to the country and encourages them to look further. However the key takeaway is that the film’s protagonist is an outsider in a country characterised by underdevelopment and poverty. There is little opportunity to connect with people on a deeper level because of the cultural barriers, the language barriers, and often the perceived power and importance which comes with being a white person with camera equipment in a rural community.

Sometimes, things like this need to be documented to illustrate the inequalities which exist throughout our world. It should never be ignored. But this becomes problematic when a country with vibrancy, history and varied and diverse culture is represented solely as impoverished.

It’s not all bad though

To leave this debate about representation and failures thereof on a more positive note it is worth acknowledging that some people are starting to show that it is possible to walk the tightrope between effective and ineffective portrayals.

In her presentation at the Power of Human Stories Conference Jess Crombie, humanitarian communications consultant, pressed that an important finding from her research ‘The People in the Pictures’ was that if we were to show images of extreme poverty, this can’t be the only thing we show. This is why Girl Effect’s project Yegna is so effective and should be looked to as an example of finding a way to navigate the various problematics that are both evident and hidden in everything we do when creating charity films.

Project Yegna’s aim is to empower Ethiopian women and does this through a radio drama, a TV drama and songs from the Ethiopian girl band. Because of the nature of this project, it has two categories of content – one which is part of the programmatic work, so the drama and music videos, and the other which expresses the aims and impact of the project. The former is important as much for Ethiopian audiences as western. I would love to see more of a blend of the two. See for yourself:

The content which addresses impact is a little less empowering, but still ahead of other content out there. The implication is that exposure to the project was the only thing that overturned the young girls’ lives although in reality there is so much more to the project. This may be because of pressure to really underscore that a difference is being made as Yegna has to really hammer home its impact – something that became evident when its funding from DFID was very publicly pulled after the Daily Mail labelled the band ‘Ethiopia’s Spice Girls’.

This underlines some of the problems we face as comms professionals, that it’s often hard to claim impact from communications overall. Change in perception and awareness is far less tangible than, for example, number of children vaccinated. But I’m preaching to the choir if I say that it doesn’t make comms any less important. Yegna was sadly vilified in the press, in an era where the messaging around the UK aid budget becomes more and more insular – not unlike politics across the world. Still, Yegna is going strong with new funding from philanthropic organisations, and the organisation is effective at demonstrating its impact.
But it is not the only story being told through the brand, and the other more longform videos – part of the programmatic work mentioned earlier – are much more engaging in a positive way. Take a look:

This content illustrates that poverty can be shown without being disempowering. Poverty is part of the film, because it’s a part of the context Yegna is operating in. However it’s not the only thing that is being shown about the people. They may experience poverty, but are not emblems of poverty – just like useful portrayals of LGBTQ people are not emblems of gayness or transsexuality.

This case study is part of CharityComms’ FilmKit for charities guide. 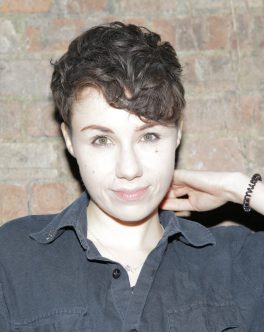 Molly was formerly the digital content officer at CharityComms and a Charity Works fellow. Before CharityComms, she was studying for her MA in International Development. Prior to that, she directed, produced and edited film projects both in a corporate and not-for-profit setting in the UK and internationally.