Working with animals or children

We've all heard the advice of hammy actors that one must simply never work with animals or children.

Here at Forster we don't completely agree with our thespian friends. Although we can see some of the drawbacks of embarking on a project with those who toddle or waddle, when it comes to communicating on behalf of a charity they can be our biggest asset.

I've recently been working with the World Society for the Protection of Animals (WSPA), an international charity that tackles animal cruelty, on a public facing campaign calling for an end to the mass culling of dogs in response to the threat of rabies, and promoting the humane and more effective alternative of mass canine vaccination. Part of this involved a film shoot with many four-legged stars, which reminded me very clearly of the challenges and rewards of working with animals and children.

Con 1: They’ll need twice as much energy as you think

Having spent the day on a workshop with 8-year-olds in the North East, I can safely say that any activity planned to take 30 minutes will be finished in 15. As for animals, well… to keep a massive Doberman called Blade happy on a treadmill, for example, takes a butcher's-worth of sausages – so be prepared.

Pro 1: They’ll provide twice as much engagement as you hope

A short browse of any top ten viral list shows that children and animals really do capture an audience. Would Star Wars Kid have reached 23 million hits if he was Star Wars Middle-Aged Man? Still not convinced? Try Breakfast at Gingers:

Quite literally in the case of Poser, our older but not wiser dog, who was determined to try surfing off every piece of the set, rather than walk on the spot.

Sometimes those directions can be an inspiration. Like Woody, our tiny dog who thought walking wasn’t enough to earn a treat so decided to dance instead.

Con 3: People will need to get involved

Handler, chaperone, agent, guardian are all words you are going to need to get used to – each one adding a layer of sign off to every decision you make.

Pro 3: Famous people will want to get involved

Celebrity endorsements are much easier to find when dealing with something the celebrity can connect with, and many will have children, pets or both. That’s just one of the reasons Leona Lewis got involved in our WSPA campaign.So with a bit of preparation and planning, a lot of energy and a willingness to change direction, animals and children can add a truly special value to your campaign. Just don't forget the pooper scooper. 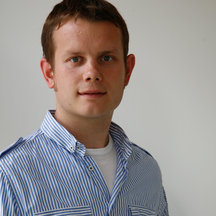 Adam has worked at Forster since 2008 and prior to that was a designer with Save the Children.