Your team’s bigger than you think: landing media coverage with help from friends

Here’s a simple but effective way to increase your media reach. Instead of competing with organisations or charities who have the same objectives as you, make them your allies. Then, proactively provide them with opportunities to get something out of your media campaign.

At Trust for London, we used this method to launch our flagship report, London’s Poverty Profile, which hit the front page of the Metro and the Evening Standard. It was also covered in other national newspapers, on broadcast, and we trended on Twitter on launch day. We also had public affairs success with Sadiq Khan mentioning the report in two separate articles in City A.M. and the Evening Standard.

This would have been impossible for a communications team of two, if we hadn’t worked closely with our friends and allies. Once we found our story, we identified those who were working on the problems highlighted by our report – in our case that was: London policymakers, and charities working on housing, low pay and poverty issues. We also reached out to people affected by high housing costs and low pay, asking them to be spokespeople for the media launch.

We then thought about the different levels of engagement we would like from each of these potential partners. The strength of engagement ranged from:

Getting your friends onboard

Getting embargoed comments from those outside of your organisation is useful in two ways. It helps you engage influential people or organisations who have the power to affect change on your issues. It also adds colour to your story, making it more interesting for journalists, especially if your contact is a high profile figure. In return, those commenting are given a relatively easy opportunity to get media coverage on an issue of interest to them.

We offered London policymakers (the mayor, mayoral candidates and assembly members) the opportunity to issue embargoed comments on our report. The timing worked well for us, as there was a mayoral election going on. This meant there was a strong media appetite for comments from political figures.

I’ve noticed this also works when trying to get local press stories off the ground – a quote from the local MP or local councillors can sometimes provide the extra magic needed to get your story covered. Be sure to ask for comments from people across the political spectrum.

It’s also good to bear in mind that your work might be shining a light on some difficulties or failings in areas these policymakers are responsible for. In terms of timing, it’s good to approach people a couple of days before your embargo to give them a chance to consider it properly.

We also worked with lots of influential organisations to help cover different angles of the story, like Shelter, the TUC and Child Poverty Action Group. We worked with the comms and campaigns teams, who sent their quotes directly to journalists we had primed and knew were interested in covering the story. It was mutually beneficial – it helped those offering the comment to build or strengthen their relationship with the journalist and from our point of view, it helped cement in the journalist’s mind that this story was important.

As I’ve written in a previous blog post, having people who can share their direct experience of the issues your charity is working on is invaluable. Journalists are often desperate to speak with them and having them on board can make a huge difference to the amount of coverage you get. In our case, it edged us on to the front page of the Metro.

It’s not always easy for people or organisations to issue embargoed statements, especially if they have multiple priorities to juggle. In those instances, we opted for a lower level of engagement and asked them to send a supportive tweet on launch day. This went a long way to helping us trend on Twitter.

Judgment is needed with this approach. For example, the organisations you are thinking about contacting may be launching a similar initiative or report soon. Will being alerted to your release encourage them to bring their own release date forward? And would that help or hinder coverage for the cause you are both working on?

Opening a dialogue with organisations focusing on similar issues can help navigate these complexities. Don’t have the right contacts? Don’t be afraid to just call up and ask – if you have a good story then what you’re offering is an opportunity for them to get some coverage too.

I’m a big believer in working with allies because ultimately, you’re on the same social good team (it’s just that this can be easy to forget when you’re up against a media launch deadline). If there’s something you think Trust for London could help you highlight or share to increase your coverage, just get in touch. 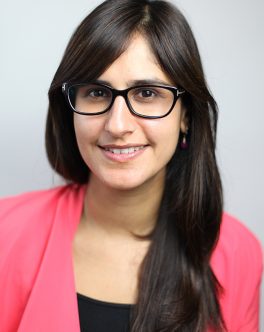