Rethink Mental Illness recently launched a new website following a year long process, that took us from a three-way agency pitch through to delivery. It may sound like a long time but given the complexity of the site and how important it was to us that we took our range of stakeholders on the journey with us, to ensure we delivered a site that was not only fit for purpose, but also one that everyone bought into, it was worth it. After all, we wanted to create a site that would stand the test of time.

Involving the people that matter most

The big thing for us was involving the people we are here to help. So once we had appointed an agency – DAM Digital – we kick-started the project by mapping out our key stakeholders, and the best way to consult with them, based on the nature of the relationship and what was practical.

Although we attract a diverse audience of users, there was a lot of synergy in their responses. Most people were complimentary about the range of information, and the charity as whole, but there was a lot of frustration about people not being able to find what they wanted and feeling overwhelmed by cluttered menus. This very much aligned with our frustrations in house too.

Making sure the site worked

We wanted to ensure the site worked as well as it possibly could so we did two rounds of user testing with cold and warm audiences, using prototypes of the website at different stages, and on different platforms – e.g. mobile, laptop etc. The first of these was at our Members Day event in November, held in the style of a workshop, and the second was in February, through one of our corporate partners, Lloyds Banking Group. This was in a research lab, and we offered £50 Amazon vouchers as an incentive to attend the February testing sessions.

The main challenge was selecting a representative sample. However, as the Members Day event was in Sheffield, it was a good opportunity to reach regional audiences, which included people with lived experience of mental illness and their carers. The results we got as a result were really insightful and included things like the fact that people found the early design prototype, which included a lot of red, too alarmist. It was also a good reality check that while we were keen to reflect a more diverse audience – particularly younger people – there’s a balance to be struck, and the feedback was that it was too young, and too upbeat. People wanted to see a range of emotions presented, to reflect the reality of living with severe mental illness. This eventually influenced the choice of photo we launched with on our homepage – we went for one with a range of ages, and people with both happy and serious expressions.

An end result that achieved our goals

Ultimately, we’ve got a new, much better website, that is mobile optimised, so our audiences should be able to access it anytime, anywhere, from a range of devices. But more than that, I think it’s also prompted a much-needed review of some of our core content and processes. It’s led to us developing our image library, having a refresh of all the copy on site, and collecting a broader range of stories and case studies, that will hopefully inspire more people to get involved in our work.

It’s early days, but feedback so far has been very positive. Our core audiences have been complimentary, and we’re starting to see increased traffic to key areas of the site, including signs of an increase in donations. The main thing though, is to keep a rolling review and make sure it doesn’t get stagnant, like the old site. As a charity, our goal is to lead the way to a better life for everyone severely affected by mental illness, and a high performing website is key to that. 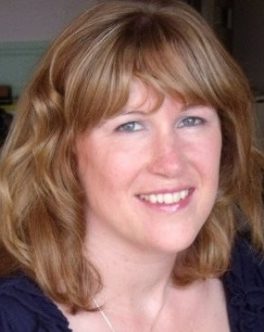