In a year of reduced physical fundraising, it has become crucial to flex events so they can go ahead while maintaining the same level of impact to capture the public’s attention. Storytelling lived experiences through video is one approach you can consider for conveying your message.

Coffee Morning is Macmillan Cancer Support’s flagship fundraising event, dedicated to bringing people together over a cuppa to raise vital funds for people affected by cancer. As a result of Covid-19, last year’s event was facing a staggering 71% income drop, meaning it was vital for us to inspire the public to do whatever it took to get involved.

Due to the anticipated fundraising income loss caused by Covid-19, it was more important than ever for people to understand why Macmillan’s support is so vital. Here is how we achieved it.

To encourage as many people as possible to participate in Coffee Morning, we launched a series of short films featuring a cast of famous British actors; Sue Johnston, Himesh Patel, Emilia Fox, Cel Spellman and Nina Sosanya. The emotive three-minute films showed the actors bringing to life the real stories of Macmillan professionals and people affected by cancer. The films were launched with a message from Macmillan’s Patron, HRH The Prince of Wales, which helped us secure coverage.

Working with actors to tell the stories of real people with lived experience was something we had never done before, and we wanted to do something very special to mark 30 years of the event. Each of the actors involved were committed to sharing the stories in an emotive way that would showcase the vital support our charity offers across the UK. The cause is particularly close to the hearts of some of the famous faces that were involved, including The Royle Family favourite Sue Johnston, whose father was cared for by Macmillan nurses and Cold Feet and White Lines’ actor Cel Spellman, who experienced our support first-hand, following his grandmother’s cancer diagnosis.

The five people whose stories were being told also appeared alongside the celebrities featured in the films. They were very happy for their stories to be told in this way, and it was a great finale to each film to reveal the real person behind the story being told. It was hugely important to us that they played a vital part in the film series and we worked closely with them throughout the production of the films. For example, each individual worked with our director on the scripts to ensure their story was being portrayed authentically and in the way that they wanted their experience to be told.

Accepting this time was a little different

In response to Covid-19, we changed the format of Coffee Morning for the first time in 30 years. To ensure as many people as possible were able to get involved, we encouraged supporters to take part in a way that suited them best whilst adhering to government guidelines. These included:

Staying true to the story

When sharing personal stories, it is always so important for us to ensure we are being true to their word and considerate of any elements of their story they would rather not share. We ensured they were comfortable with the final films and the way their stories were represented.

Due to Covid-19 restrictions, we were required to shoot the short films in a safe and socially distanced environment; our actors and people whose stories were being told were each filmed separately. Along with adhering to restrictions, shooting the actors separately also allowed us to create films that felt personal and intimate.

A response that exceeded expectations

Sharing the stories of people’s unique experiences allows us to illustrate how the money raised through Coffee Morning will support thousands of people affected by cancer. Telling their stories through the voices of famous faces, allowed us to share their stories in a surprising and unique way that would subvert expectations and gain attention. Running them as a series allowed us to illustrate the impact of Macmillan’s vital work and why public donations, which provide 98% of Macmillan’s income, were needed more than ever this Coffee Morning.

We had a fantastic response to the films, they helped us generate editorial coverage in the week running up to the day itself and received excellent engagement when shared across our own social channels.

Despite the impact of Covid-19, it’s been fantastic to still see so many people come together to raise a cuppa for Coffee Morning and help to raise vital funds for Macmillan Cancer Support. We hope this will encourage you to look at using video in your storytelling. 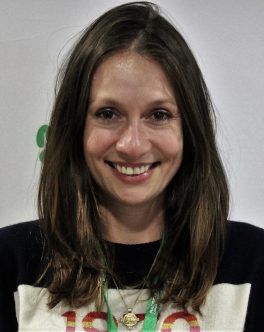 Sarah is the Head of Media & PR at Macmillan Cancer Support and has worked in the communications industry for over 15 years, leading teams to deliver national media campaigns for a selection of the UK’s largest third sector organisations.