Home › Knowledge Hub › Top tips › Data doesn’t have to be scary: why insights should inform your digital projects

Data doesn’t have to be scary: why insights should inform your digital projects 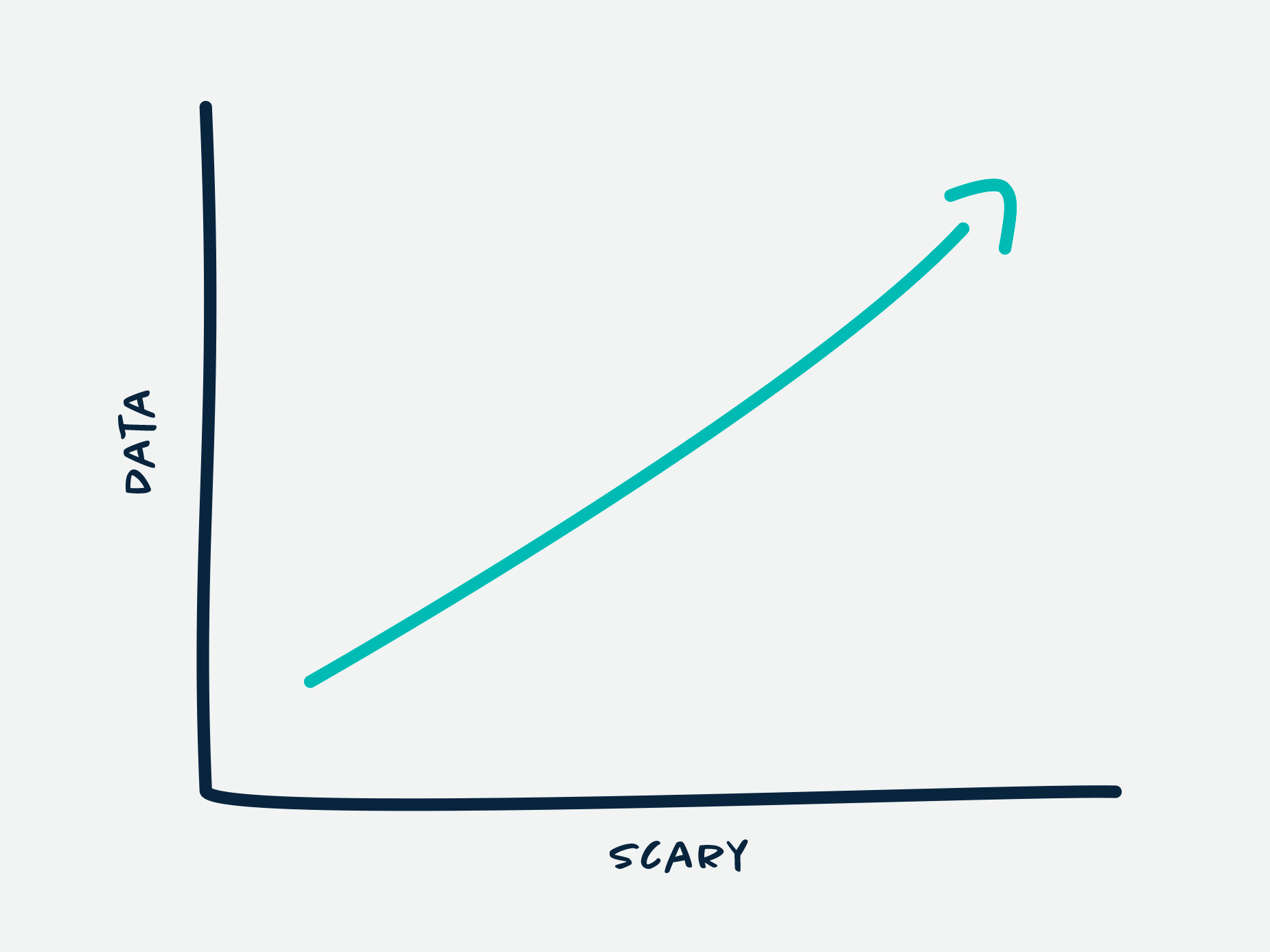 UK Fundraising recently published an article from fundraising consultant Bernard Ross, saying you should stop listening to your donors, and start looking at their behaviour.

While I share views with the counter argument, I agree that there’s often a disconnect between what donors say they want, and how they’re behaving. That’s why it’s essential for data to inform your digital developments.

Just a few sentences I’ve heard (or even said) during my career in charity marketing. I prefer words to numbers, people to machines, and conversation to the written word. However, data gives us insights that can inform your user experience. Those ‘users’ we talk about when we discuss user journeys, user experiences, user interfaces are people. When we talk about donors, volunteers, supporters, they’re people too. I’ve overcome the idea that data is scary, and I’ve gained a good grasp of Google Analytics. If you’re looking to develop a digital product; a website or a campaign, data will become your best friend. Better yet, the data source that I’m going to talk about (Google Analytics) is free.

Why, what and who?

Our approach with every client is to start with why. We ask why they’re redeveloping the site, what problems the organization is hoping to overcome, and who it’s aiming to reach.

Youth homelessness charity, Step by Step came to us with a site that was not functioning. It had identified issues with the site such as it not being responsive, unable to take payments (donations and event bookings) on the site, and suffering from poor communication of the charity message. The organisation knew it needed to build an income generating tool, had some additional thoughts about potential objectives for the site, and had clear ideas about the audiences.

Interestingly, there was a perception among the internal stakeholders that the website’s primary audience was the charity’s beneficiary group; young people (16-25) needing to access help. A further assumption made was that users were viewing the site on mobile devices, making the mobile experience a priority for them.

These are passionate members of a charity who are determined to improve the lives of the young people they’re working with. It’s understandable that they would expect its website to be focused on young people. But what did the data tell us?

We were able to use Google Analytics demographic reporting to determine that site users were predominantly over 30, while device reporting showed users were largely on desktop. This reframed the conversation and development of the new website.

The knowledge that site users weren’t the beneficiaries of the charity, but were more likely to be people wanting to support the charity, enabled us to shift the focus to the charity’s business plan.

Step by Step produced a five-year plan which had three clear areas of focus:

Redeveloping the website led to the opportunity to support Step by Step’s business goals digitally.

Turning your data into actionable insights

To help you look into your own data, we’ve shared a beginners guide to analytics on our website. Insights to look for at the start of your project, and to keep in mind as you develop your website / campaign are:

1. Benchmarking. Take a snapshot of how your site is performing to set KPIs and measure improvements. Monthly web traffic, bounce rates, and time spent on site are all indicators of whether users are arriving at relevant and engaging content on a site that’s easy to use.

2. Conversion points and user behaviour. If there’s an action you’re expecting people on your site to take, are you measuring it? Are enquiry form completions, donation completions, event registrations and email sign ups  set up as goals in Google Analytics?

3. Acquisition. Knowing how people are behaving once they’ve arrived on your website is useful. But how did they get there? Which sources of traffic are driving people to do what you need them to? You can track which campaigns are creating the highest levels of conversion for your charity.

The data behind your next digital marketing decision

Dee moved from the private sector into the third sector in 2011. Since then she's supported charity income generation, communications, and marketing functions in-house, as a consultant, and as a trustee. Dee specialises in insight driven, user-first content and delivers organisational content strategy with brand and digital focus.