Embracing diversity isn’t just about doing the right thing – it also brings with it a proven competitive edge.

That is why companies are starting to cotton on to the fact that employing staff with conditions such as autism and dyslexia can be a great advantage.

The benefits of seeking out employees from a range of backgrounds and of a variety of aptitudes are considerable.

Research shows that employing an ‘inherently diverse’ workforce – involving traits we’re born with, such as gender, race and sexual orientation – is likely to increase a company’s success. According to The New York-based Center for Talent Innovation companies putting diversity at their heart were nearly twice as likely to have expanded their annual market share, and three times more likely to have captured a new market than less diverse organisations.

This research tells us that when you have a diverse workforce, there is more likely to also be a greater culture of innovation and space for new ideas to be heard.

An under-explored but increasingly valued way of diversifying your workforce is to seek out employees with conditions such as autism and dyslexia. This approach to staffing is based on the concept of neurodiversity: the idea that natural differences in cognition should be recognised, respected and celebrated.

We all think differently – some of us think primarily in words, some in pictures and some in patterns, and what’s more we all sit on a spectrum of neurodiversity. Organisations who incorporate this knowledge into their work can be at a real advantage.

What does this mean in practice?

As an aspect of workforce diversity with tangible benefits, some senior industry figures are now promoting the advantages of employment of people with conditions such as autism, dyslexia, ADHD and dyspraxia. But, even if companies want to employ people who see things through a slightly different lens, recruitment processes and working environments aren’t always accepting of difference.

The good news is, some global companies have made efforts to adapt their HR, management processes and team structures to be more accommodating of neurodivergent workers. Microsoft, British intelligence service GCHQ and German software house SAP all have programmes that make it easier to recruit employees of wide-ranging abilities who may be incredibly gifted in different areas.

The BBC’s Cape project (‘Creating a Positive Environment’), led by user experience designers Leena Haque and Sean Gilroy, is a particularly good example of how this investment in neurodiversity is working in the UK. It was set up to improve the support given to neurodivergent employees through initiatives such as staff workshops and producing films highlighting issues that people may face at work. With the approval of BBC director-general Tony Hall, its success shows how a positive approach to attracting different types of thinkers is catching on.

Haque herself is on the autism spectrum and although she holds multiple degrees, says getting into work was challenging, and explains that once she had a job it was hard to find the right level of support. “Line managers and colleagues may have heard of autism, but the level of understanding was often missing,” she explains. She found more empathetic colleagues at the BBC and gained access to useful mentoring there, but could see there was room for improvement.

“I suggested the BBC could help people understand more about the issues facing neurodivergent people in employment,” she says. “And with the organisation’s support, Cape was born.”

Barcelona creative agency La Casa de Carlota has taken explicit advantage of neurodiversity in its business, actively seeking out employees with autism and Down syndrome. This is not through a sense of social justice (importantly, all staff are paid industry salaries), but because it believes doing so provides clear advantages, or as creative director Joan Teixido puts it: “I don’t feel like I’m being kind. I feel like a wiley b*****d! These guys have a unique form of originality that, until now, the creative industry hasn’t harnessed.”

So what can you do?

Recruitment in many organisations presents barriers to diversity.

There are some simple ways to deal with these, but doing so is just the first step to becoming a genuinely inclusive workplace.

Some questions to consider:

Some questions to consider:

Neil also spoke at the CharityComms Time to act: tackling diversity and inclusion in charity communications seminar and his slides from the event are available here.

Photo by Scott Webb on Pexels 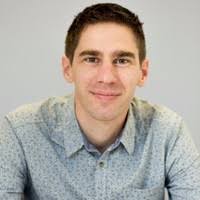 Neil leads the online and design team at Sightsavers working at the forefront of developments related to accessibility and inclusive design. Sightsavers also run a social inclusion group, which is committed to championing workplace inclusion within the organisation and beyond.