The nature and climate emergency threatens life as we know it. Tackling that emergency is one of the biggest challenges we face. But getting people who are disconnected from nature, who don’t notice it diminishing around them, to understand why that should be important to them presents a challenge too.

This is a challenge the RSPB has risen to by adopting a powerful message centred around communicating the reality of a future we could face if we don’t take action. It’s a creative communications approach that makes something intangible very real by using an experience common to us all – shopping – to deliver the message that nature’s disappearance will affect everyone.

The idea of an ‘InConvenience Store’: a pop-up shop with a difference

The RSPB’s Revive Our World campaign surprised the nation with pop-up ‘InConvenience Stores’ in Manchester, Cardiff and Edinburgh that allowed the media, politicians, and the public to catch a glimpse of a shopping experience in a dystopian future where nature’s recovery wasn’t secured. An idea that was also replicated online, the message behind the ‘stores’ was clear: “The crisis facing nature is huge and we need to act now. We need the UK to step up as a leader on action for nature and climate, and set targets for nature’s recovery at all levels of government – including in the UK Environment Bill currently going through Parliament.”

The shops stocked a range of survival items that we hope we never need to put in our baskets, including: clean air and water because nature isn’t there to clean it for us; sandbags and inflatable rafts because nature is no longer there to provide flood defences; hugely expensive fruit and vegetables because pollinators have disappeared; the first UK grown rice because the climate has changed so much we can now grow it here. We wanted people to understand that if the climate and nature emergency are not tackled now that none of us will escape the impacts; that a healthy natural environment is fundamental to all our lives.

It’s important to note that we weren’t actually selling anything, and all these products were props; we didn’t want people’s money, only their name in support of the campaign’s aims.

Making the message hit home: a special delivery for the UK’s political leaders

Having created a tangible way in which the public could see the reality and importance of the message we were trying to convey – that we must take action to save nature – it was time to make sure it led to impactful campaign action. The online shops asked people to add their name and demand action to avert this future. By adding their names, people helped compile shopping baskets of our survival items that were sent to the leaders of the UK’s Governments after the shops closed as a way of reinforcing our message beyond just words. The more people who added their names, the more items we added to the baskets.

Along with these baskets we delivered the message that we can still avoid this bleak picture and Revive Our World if the UK steps up as a leader on action for nature and climate, and sets targets for nature’s recovery at all levels of government.

Although not without precedent, this campaign concept was a bit of a creative departure for the RSPB. We knew we wanted to make a big impact in the summer and had begun thinking about how to do this at the start of the year. We considered bringing in a creative agency to help, but ultimately decided to bring together our in-house creative and digital teams, our advocates and campaigners, and our communications and policy staff (from across the UK).  All involved were briefed on the Revive our World campaign and the specific objectives for this summer intervention, plus a package of insight materials on our target audiences (including how they respond to different messages, and the types of action they prefer to take). They were then given the directive to be bold and really push the envelope of RSPB campaigning.

Remote working made this a challenge, but group chats, daily stand-ups, active account and project managers, clear decision-making responsibility, and a team that gelled well from the start and was genuinely enthusiastic about the project meant delivery was never in doubt.

What also helped was knowing where we did need specialist support. Pop-up shops like this were new to us so we worked with an external agency (Creator International) to bring in the expert knowledge we needed.

But we knew we had all the knowledge and skills to deliver the online shop in-house, and the various teams involved delivered something amazing.

In total, about 150 staff worked to deliver the project over just 11 weeks.

This faith in the RSPB’s own passion and imagination seemed fitting given that we directly connected this campaign moment with the celebration of our founders and the centenary of the Plumage Act. This meant we could connect the RSPB’s campaigning heritage with its campaigning future, demonstrating our credibility and why we are a serious voice in the public and political debate that surrounds the nature and climate emergency.

The two main ways that we did this were through location and timing. We located the flagship store in Manchester, where the RSPB was founded. And we launched the activity on the morning of the day evening events were being held (also in Manchester) to celebrate the RSPB founders. This meant that media, supporters, and internal comms could all feature both aspects in the same story.

Making an impact in summer 2021 was important because it’s the point at which the UK started to increasingly pivot from a focus on national action (through recent elections and domestic legislation like the UK Environment Bill) to the global stage.

A message that struck a chord: ‘The world’s last chance?’

2021 is a crossroads for us, and for nature. World leaders will be negotiating last-resort targets to save nature and address the climate crisis at two global United Nations’ summits. The climate change summit (UNFCCC COP26) being hosted by the UK in Glasgow in November. And the Convention on Biological Diversity (CBD), being hosted by China next spring.

The proximity of these key moments was the prompt for adopting a harder hitting tone than we had up to that point. But even then our intention was not to scare people, but instead to make them aware of the sense of loss that awaits them if we don’t act now. Nor was it to blame politicians for poor past performance, but instead to make them appreciate that this year is an inflection point, that they can still be the leaders we need them to be and avert this future.

Whilst not universally liked, particularly amongst audiences that prefer to read our scientific publications, the response to the campaign’s messaging was positive with lots of people engaging digitally, and at the physical shops. By the end of the eight days, over 105,000 people had added their name in support of the campaign – exceeding our target and filling our baskets.

If you liked this you may also enjoy: 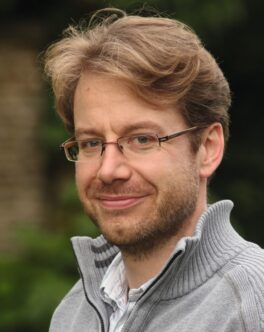 Steven is the RSPB’s principal campaigner, and campaign manager for the Revive our World Campaign.