Home › Events › Conference › Behind the headlines: getting your charity’s story into the news

Behind the headlines: getting your charity’s story into the news 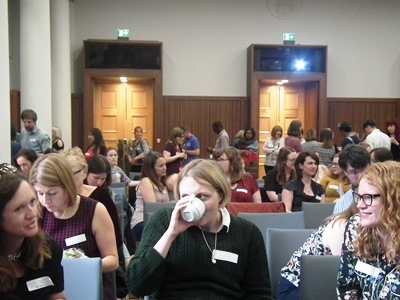 This conference featured an array of behind-the-scenes insights from the campaigns that hit the headlines this year.

Our speakers revealed how they planned and implemented strategies for propelling their charities’ stories into the news. We focused on three key areas: planning, implementation and tactics, and evaluation.

Lightning talks
Our conference opened with five short, inspiring case studies from speakers who have propelled their charities into the news.

Using hard-hitting imagery to get into the news
Richard Grange, head of news, ActionAid

1a. Making your research hit the headlines
Leigh Marshall, head of communications, NatCen

1b. Using newsjacking to get media coverage
George Ames, ‎head of activation, ‎Forster

2a. Everything is NOT awesome: how Greenpeace made the headlines using creative video
Ellen Booth, campaigner, Greenpeace UK and Joe Wade, CEO and co-founder, Don’t Panic

2b. How to keep your ongoing campaign fresh
Bex Couper, media and communications manager and Janet McKechnie, marketing manager, Drinkaware

2c. How to create maximum impact with an awareness raising campaign on a small budget
Athena Lamnisos, CEO, The Eve Appeal

3a. What to do when your charity hits the headlines for the wrong reasons
Jack Rowley, head of media, Charity Commission

3b. Evaluating your campaign: what does success look like?
Zena Ambrose, head of media, Diabetes UK