Framing matters: Refugees and their struggle for safety

As professional communicators we know how vital it is to find new ways to engage the mainstream public for the long term. But this can be difficult, especially when talking about issues that are unfolding against a backdrop of hostility in sections of society like politics and the media. Using messaging and framing that has been informed by audience research can help counter this hostility and engage the public more positively.

On the issue of asylum seekers and refugees, political and media factions have established a powerful negative narrative. Arguably this is even the dominant narrative and it frames those seeking asylum as criminals at worst, or manipulators trying to exploit British generosity at best.

These negative narratives cause harm. They provide an excuse for poor service provision for people who arrive in the UK. They can lead to refugees and asylum seekers being abused and stigmatised, and provide cover for increasingly punitive restrictions – like the Nationality and Borders Bill currently making its way through Parliament.

Yet the recent crisis in Afghanistan has demonstrated that when shown the true horror of the struggle people fleeing violence and persecution face, most people’s emotions and values take over and the prevailing negative perceptions can be overcome.

Using framing to change narratives around asylum seekers and refugees

We need to tell a story about the experience of refugees and asylum seekers arriving and settling in the UK. All of us communicating about these issues need to work together to make that story stick – without being knocked off course by the next crisis or being led by our opponents’ agendas. It is an ambitious goal, not about one single campaign, fundraising ask or community engagement programme, but about redefining what’s considered acceptable by the mainstream in the treatment of people who seek sanctuary.  It is about creating a consensus of opinion, and ultimately depoliticising the issue.

Understanding the deep-rooted values of our audiences is essential to this goal. It allows us to produce messages that are more resonant, and more likely to motivate action – beyond simply appealing to reason.

That’s why IMIX, Eden Stanley, and a wide network of civil society organisations and refugees, have worked together to develop new framing and narratives to unlock broader, long-term support from the mainstream public.

How the framing works

Delving into existing research, and conducting more of our own, we identified the common values – shared by both our strongest advocates and the moderate, often ambivalent, audiences that comprise most of the UK population – that were most likely to motivate mainstream support for the rights of asylum seekers and refugees. Then, building on these values, our audience testing found that a narrative focused on the struggle for safety and overcoming the odds struck a powerful emotional chord.

Framing the issues in this way means that the individual or family’s need to flee, the obstacles they must overcome, and their central motivation – to reach safety – are placed in the foreground. This will replace the arguments that have failed to broaden support beyond the most aligned audiences – such as relying on ‘British values’, impersonal statistics, or excessively moral arguments that leave many people feeling excluded. Why? Because almost everyone can relate to the basic need to feel safe and will instinctively empathise with those battling against the odds to achieve it. This struggle for safety is, after all, the central premise of most great stories.

The narrative also avoids old tropes that have polarised and politicised the issue. It doesn’t make a judgement about which refugee is ‘worthy’ based on their potential economic contribution or their moral character, nor does it make similar judgements of the UK public by implying that there are ‘right’ or ‘wrong’ reasons to support the cause. Instead, it promotes empathy, while seeking to empower and motivate people to act. It uses the principle of ‘show don’t tell’, appealing to positive, humanitarian values without telling people how they should feel. Vitally it can also be used to link individual action, from donating, to community-level engagement, to supporting national-level policy change.

Knowing this framing helps to engage persuadable mainstream audiences is just the beginning. It takes long-term, consistent and disciplined work to change how a society thinks about an issue, but it can be done, just look at how mainstream social attitudes to causes like mental health or equal marriage have shifted as a result of sustained reframing.  All of us talking about these issues must change how we communicate about the cause.  We must embrace these messages, be consistent across our media work, our campaigns, and our appeals, and we must be repetitive – just as our opponents have been. There’s an old communications adage: when you’ve become bored with saying the same thing over and over, someone else will just be hearing it for the first time.

When using framing to change public narratives discipline and commitment is crucial.  There has never been a more important time for the sector to unite and turn the tide in support of refugees. So if you’re working on these issues please join us. You can find all the resources you need, including a messaging toolkit, at imix.org.uk.

While what is happening in Afghanistan is an immediate and terrible crisis, there is war, violence and persecution all over the world, leaving people no choice but to flee their home countries. We must work together, urgently, to build broad public support in the UK, making it unthinkable that as a country we could ever turn our backs on those needing our protection.

Emma Harrison is the Chief Executive of IMIX, a not-for-profit communications agency which wants to shift public attitudes on migration to create an open and welcoming Britain for people who make the UK their home. IMIX takes a collaborative and collective approach to its work by supporting, coaching and mentoring people in the refugee and migration space to generate higher quality communications and campaigns to attract more digital and media coverage.

Emma is passionate about the role of strategic communications in changing attitudes; engaging the public with campaigns and building movements for change. Emma has held senior roles in charities across a range of issues including at VSO, MENCAP and RNID as well as working within the consumer movement. As well as a strong background in multi-channel communications, Emma has significant experience of policy development and advocating for change which started during her time working at the European Parliament. Emma is also the Chair of Sound Delivery Media, a charity focused on empowering people with lived experience of various issues to build confidence and tell their stories through the media, and Asylum Matters which campaigns for a better support system for refugees through working in partnership in communities across the England and Wales. 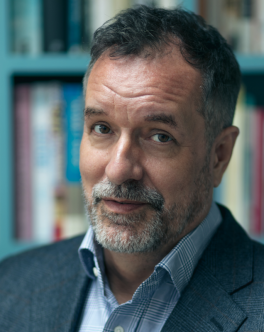 Joe Barrell founded Eden Stanley in 2011 and is the company's principal consultant. He’s an experienced insight-driven strategist, who has led numerous transformative projects for such organisations as Amnesty International, Macmillan, Plan International, Drinkaware, The World Wide Web Foundation, The Children’s Society and UNESCO. He also designed and developed Eden Stanley’s data services, used by numerous UK non-profits to build audience segmentations and track their brands and issues with audiences most relevant to them.