How to talk to billionaires for fundraising

A great illustration of the strength of the US market is the pioneering hedge fund manager Julian Robertson Jnr, who started the Robertson Foundation to support causes related to the environment, education and medical research. In the last five years he’s given $881million through the foundation, 20% of his net worth.

What does this all mean for charities?

Well, according to the 2020 Sunday Times Rich List, there are 145 billionaires in the UK… and that doesn’t include the Brits who decide to live in say Monaco or Geneva. That is a lot of wealthy philanthropists charities could be looking to engage in their cause, who might be able provide a much-needed fundraising boost.

There’s an opportunity here for UK charities to engage with the mega wealthy and their foundations. But how do we talk to them? And what is it they want to know?

Interviewing billionaires: knowing what drives them

Spencer du Bois recently spoke to a number of billionaires as part of a brand project, which aims to raise $300million for neurological research. What did we learn? What is it that really drives these elite people… the 1% of the 1%?

First thing to note. Billionaires want to end something. That could be cancer, it could be malaria. And this could be for a variety of reasons, including: vanity, ego, self-interest, fear or most commonly a desire to make the world a better place.

Think fundamental rather than instrumental

Billionaires aren’t like your regular £10 a month direct depositors in mindset. They don’t just want to sign a cheque. They want to be fundamental rather than instrumental when it comes to getting things done.

They like talking about the causes they’re passionate about and are keen to partner rather than just donate. As one billionaire put it: ‘I want to be in the front seat next to the driver as we speed towards a cure’.

A meetings of minds is important

Billionaires are looking for a meeting of minds and because of this they will want specific detail. For a regular donor we would advise keeping messaging concise and to the point. But in this context we’d suggest otherwise.

This is group of people used to digesting large volumes of data and detail before making assessments, who are unlikely to feel comfortable making these assessments without such detail.

For billionaires, a pretty brochure isn’t going to cut it. They want to build personal connections with the visionaries, scientists and social transformers leading the charge on the front line.

How to appeal to billionaires

Big wins take time, hard, hard work, patience and importantly, luck. The starter point is to build your brand and communications to seed the groundwork and create interest.

Recruit your high net worth’s as ambassadors and network you’re way up. Look to your Trustees and Patrons… they’re there to have contacts. And identify people with like-minded objectives in and around them.

Lastly look at personal offices and wealth managers. Covid has highlighted inequalities in wealth, yet few charities are focussing on this and pitching to the investment community in any semblance of a coherent strategy.

Messaging to capture the imagination

The major donor market has great growth potential, but we need the right brand messages to not only capture their imagination, but also elicit a desire to commit both time and money.

A clear purpose is vital. Ask yourself the question: if we disappeared tomorrow what would the difference in the world be? The answer to that question should contribute heavily to capturing attention.

Your ambition also needs to be bold and transformational. If you’re in a position to be talking about solving a problem within a certain timeframe, and essentially making the eventual need for your organisation obsolete, then this will appeal too.

Finally, you need to be clear on how you plan to create change. We call it a rank or status. A good way to think about this is: if you were offered the chance to pitch your charity to be on Newsnight against three other charities in your space, how would you describe what you do to separate yourself?

Defining the answers to these questions should be at the heart of any effective brand. And could put you well on your way to securing not only major financial donations, but also locking in a partner capable of helping your organisation achieve its mission. 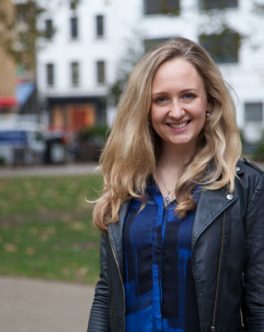 Lucy is the strategy director at Spencer du Bois, creating breakthrough brands by uncovering fresh insight and articulating what makes a brand unique. Lucy's previous experience includes developing brands for Unilever and Hammerson, before moving to the charity world and leading marketing for welfare charities to drive income growth.