Unleashing the power of a campaign to change the law

Charity campaigning is full on, after all changing people’s hearts and minds doesn’t happen overnight. Add to that campaigning, and keeping momentum going during a pandemic and you are bound to be faced with a whole host of fresh challenges that need to be creatively overcome. One charity that has managed this is Refuge – impressively gaining political support and ensuring a change of law during lockdown.

Refuge, which provides specialist frontline services to some 7,000 women and children in refuges and through their community support services every day, have changed the law to make threats to share intimate images a crime. The change will be enshrined in the Domestic Abuse Bill and become law this Spring.

Joining us ‘in conversation’ Lisa King, Refuge’s Director of communications and external relations, shares how the charity achieved this big success in lockdown and gives her advice for others working on political campaigning…

How did Refuge’s campaign to get the Domestic Abuse Bill changed start?

Our services, campaigns and pretty much every decision we make at Refuge is rooted in listening to the experiences and needs of survivors of domestic abuse. We ask women who come to our services what they experience, what are the issues that they face, and then we evolve our services. We do the very same with our comms and campaigns – we listen to the experiences of the women we support and call for change in state agency responses and, in this example, the law.

About three years ago, we set up a tech abuse team, because we increasingly heard women tell us they were being stalked, tracked, having their devices compromised by perpetrators using technology as a new form of weapon against them. So we wanted to keep women safe from that, but also to enable them to keep using technology, but to do so safely. Along that journey, we have also better understood the kind of tech abuse threats women experience. Increasingly we heard, especially from younger women, that they were being controlled by partners and ex-partners who threatened to share intimate images or videos. We knew it was a crime to share an image – but not to threaten to share an image. So we set about changing the law.

So tell us about The Naked Threat campaign?

We are a very small, but passionate team.  We created a theory of change to guide and shape our programme of work to make threatening to share intimate images illegal.  We looked at all the different ways in which we could harness our expertise and our contacts to make political and social noise around this issue. We commissioned our own research and created a political programme of work to start raising awareness and we identified a legislative pathway that could make threating to share intimate images a crime. The Domestic Abuse Bill, a Bill that has been four years in the making, gave us a strong vehicle through which we could call for this legislative change.

Our Refuge data, commissioned statistics and powerful survivor voices gave us very strong media content which we were able to use to place a plethora of high-profile media stories. We extended our press and social reach yet further when we enlisted the support of Zara McDermott, who had experienced imaged-based abuse, and one of our amazing survivors Natasha Saunders, who prosecuted her perpetrator and could speak openly about her experience.

We shared this powerful content with our supporter base and mobilised them to take action by sending an e-letter to four key bill decision making Ministers. A phenomenal 45,000 people took action.

We also reached out to one of our pro bono ad agencies AMV BBDO and asked would they be interested in helping us create public awareness of this campaign and together we came up with campaign name – The Naked Threat. The campaign idea was created around a modern ransom note – by using very identifiable social media graphics, fonts and imagery we created a powerful set of sinister visuals and messaging. Natasha shared her personal experience of having threats to share images and her story became the message of the ransom note.  AMV did a great job of harnessing that content to demonstrate the real life fear women who experience this issue live with – the video and social content we created is chilling.

We activated all campaigning tools at our disposal and created a campaign that generated fantastic public, supporter, media and most important of all – political awareness.

And how did all this translate to political attention?

We kept the campaign profile and momentum going by launching two key phases which coincided with critical Bill timings.  The first, end of 2020, took place outside of the Houses of Parliament during COVID. Normally we would have been lobbying and influencing within the halls of the House of Commons and House of Lords but instead, we created a ransom note billboard (all FOV) that we put outside the Houses of Parliament. Baroness Nicky Morgan, a stalwart supporter of this campaign, stood outside Parliament with the billboard and social distanced alongside Zara and Natasha. Cordelia, our Senior Policy and Public Affairs Manager, represented Refuge and we received much press and social media attention at a key time when the Bill came back to Parliament.

As the Bill has moved from the House of Commons, through the House of Lords, we reached out to peers from all the different parties to galvanise support. We were delighted that The Naked Threat campaign was supported by peers from all parties, including senior legal professionals – former Director for Public Prosecutions, Lord Ken Macdonald and former Lord Chief Justice, Lord Igor Judge, in addition to campaign lead, and former Minister for Women and Secretary of State, Baroness Nicky Morgan. We generated more awareness for our campaign at the final stages of discussing the Bill by creating a second high profile moment. We reached out to Refuge ambassador Olivia Colman, and Olivia, along with Zara, Natasha and Baroness Nicky Morgan – created a video for social media channels that called on Home Secretary, Priti Patel, and Secretary of State for Justice, Robert Buckland, to listen to our call to change the law. The video asked people watching it to share on their own social media channels tagging Prti Patel and Robert Buckland every time, ensuring that they would receive the message. This video was viewed over 180,000 times, and it flooded Priti Patel and Robert Buckland’s social media channels, so we knew our campaign had really, really landed.

If you’d asked us a year ago, what we percentage chance we thought we had of making threats to share intimate images crime as part of the Domestic Abuse Bill, we would have said we that we had a huge challenge on our hands and there is no guarantee…  So we’re delighted – we’ve changed the law and the amendment is as strong as we’d hoped it would be. We are delighted – and it’s been a total team effort our side.

Join us for The new rules of audience engagement later this week.

If you enjoyed this you may also like How to run a virtually perfect parliamentary reception during COVID. 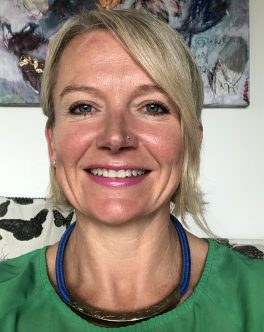 Lisa King is director of communications and external relations at Refuge. She is passionate about ending all forms of violence and girls and has committed the last near 20 years of her career to achieving this ambition. 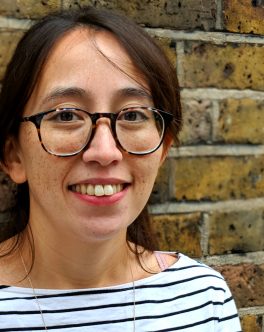