Why you don’t need advocacy to raise money online

It’s a time of change in charity fundraising. Returns from direct mail are decreasing, while the advent of GDPR has made it more difficult to generate high volumes of leads for telemarketing.

Increasingly, charities are recognising that developing a digital lead generation, fundraising and retention programme is essential to securing their future income. In doing so, many are looking for lessons from the success of digital fundraising in movement-building campaigns – from organisations like 38 Degrees, Greenpeace, the Labour Party and SumOfUs in the UK, to the highly-developed political digital fundraising sector of the US.

But time and again, we hear the same question from charities, and it’s a good one: “That’s all well and good for them, but our organisation isn’t political. How can we build a movement and fundraise online when we don’t run any advocacy campaigns?”

The constituent parts of a movement

If you look at the organisations that have succeeded with digital fundraising, many of them have done so through a movement-building model. From one to the next, these successful movements tend to have a few common features:

1. They give supporters meaningful ways to make change. Our sector has a powerful unique selling point: we give people a way to help make the change they want in the world. Successful movements are those that link people up with meaningful ways to make a difference. The chances are your organisation exists to help change something for the better – whether that’s through research, service provision or advice and support – so the first question you need to answer is this: what are all the things your supporters can do that will genuinely help you achieve your aims? Or, failing that: what’s your unique selling point? What’s the value you can give people that might make them willing to support you.

A strong movement story provides the core motivation for why your supporters choose to use their time and resources on your mission and not something else. They also tie together the many different strands – brand, policy, fundraising etc. – into one overarching story, allowing you to engage supporters in lots of different parts of the movement (more on that in a moment).

3. They achieve real-world successes. Your movement needs to dream big to inspire support, but it’s also got to show it’s more than just hot air. Successful movements can trace a line from their big-picture goals to smaller, real-world changes. Bernie Sanders’ rhetoric that inspired millions only had impact because it was channelled into winning individual primary campaigns. Proving that your movement can change things in the real world is crucial to not only recruiting new supporters and donors but also to keeping them engaged long-term. If you can’t continue to show people how the time and money they’re giving you are turning into the change they want to see, it’s no surprise they’ll eventually stop giving it.

4. They create a community and collective ownership. It’s well established in social research that people are much more willing to give up their time and resources to benefit a group, club or community they’re part of. This is one of the reasons volunteering amongst faith groups is so prolific. Studies have shown that the sense of social cohesion and collective responsibility created amongst religious groups (“he/she’s doing their bit so I want to do mine”) is the key driver of volunteering, even more so than the values or rules on charity enshrined in many religions.

The best cause-based movements are able to replicate this model. They don’t shy away from putting responsibility on supporters, emphasising that success requires everyone to play a part. But they also justify that responsibility by giving people meaningful ways to have interaction and influence within the movement – e.g. by voting to choose campaign issues, having two-way conversations with the organisation on social media, or offering opinions about how to respond to relevant news events.

5. They provide a variety of ways to engage and deepen engagement. Most movements are shaped like a pyramid. At the bottom sits the majority of members, who will only ever take a small action – signing a petition, sharing a post on Facebook and so on. As you move up the pyramid, increasingly smaller numbers take higher and higher bar actions – writing to a decision maker, donating, volunteering, all the way up to regular activists and movement leaders at the top. Giving supporters a way to move up this ladder of engagement is crucial for three reasons: first, it’s often the actions at the top of the ladder that drive the most change; second, the variety of ways to support the movement keeps people engaged for longer; and third, it allows the movement to utilise people with a range of different skill sets and time constraints.

What does this look like for a non-campaigning organisation?

Here’s the key point: none of these five points are the exclusive reserve of campaigning organisations. There’s real-world impact in donating your birthday to clean water or tapping in time to help Parkinson’s research; there’s community and collective ownership in crowdsourcing a playlist to welcome refugees to the UK; and there’s engagement in telling supporters how many people share their commute to introduce a project about smart data use in London.

Here are some tips for how non-campaigning organisations can start to build a movement:

1. Build a rolling communications programme. Two trends are common in organisations at the early stages of developing their digital programme:

The most effective email programmes take a very different structure. They constantly give supporters valuable and enjoyable things to do. They treat supporters as insiders and seek to motivate them to act to achieve the movement’s mission, rather than treat them as outsiders who need to be persuaded of the importance of it. And they put user experience and powerful stories at the heart of their communications, not organisational messaging priorities.

Emailing supporters often – once or twice a week – is an essential starting point. The frequency of contact helps keep your movement front of mind and makes sure supporters get enough opportunities to act to help hit your goals. Keep each email focussed on a single, emotive narrative (rather than the broad sweep of a newsletter) and – crucially – gear the copy and structure towards asking supporters to take a single action with a clear theory of change. Use every email as an opportunity to tell a little bit of your movement story – whether that’s recapping the big-picture goals you’re trying to achieve, reinforcing the values of your movement, or using reminders of past successes to help supporters believe in the power of their action.

2. Mix up the asks – but always return to your goals. More frequent contact with supporters means you need to keep things varied to sustain interest. It’s crucial that you’re regularly asking supporters to donate, but these asks needed to be surrounded by a variety of engagement tactics to keep supporters engaged longer term.

So, start to build out your toolbox of non-fundraising actions – surveys, polls, quizzes, watch and share a video etc. Some actions will be more aimed at relationship-building than impact and that’s OK, but don’t get too far away from giving supporters a way to impact on your mission; if all supporters want is entertaining issue-led content, there are hundreds of blogs, YouTube channels and newspapers that can offer that. Prioritise low bar actions to keep people regularly engaging, but make sure you’ve got high bar actions that will enable your keenest supporters to increase their impact.

3. Take supporters “behind the curtain.” Breaking down barriers between supporters and the organisation plays an important role in building investment and collective ownership. Successful movements tend to frame things in terms of “we are doing this together” rather than “we [the org’s staff] need you [the supporter] to help us [the org].” As much as you can, let supporters “behind the curtain” of your organisation; being candid about how you operate behind the scenes and make decisions helps build trust and a sense of being “on the team”, as does making senior figures seem accessible rather than aloof by regularly producing email or social content in their voice.

4. Expand your timeframes. Digital fundraising works very differently to other forms of direct fundraising, such as telemarketing. Move away from looking at funnels that last for 2 – 3 months and think about longer-term engagement over the course of years. For example, we ran an online fundraising campaign with a client who were early pioneers in building a digital movement in the UK. The campaign generated £50,000 in one-off donations and several hundred Direct Debits, with the majority of donations coming from first-time donors. What was striking was the spread in how long these first time donors been on the client’s email list. Over 50% of donors had been on the last for more than a year, and 20% for more than three years. The fact these first-time donors were still opening emails years after signing up is no accident – it’s a testament to how effectively the organisation had kept them engaged with their email programme.

5. Don’t be afraid to ask. One of the most common concerns we hear about digital fundraising is that supporters will be alienated by receiving fundraising emails. M+R’s annual review of digital fundraising amongst US non-profits found that not only did organisations who asked for donations more recruit more donors, they had a higher proportion of their donors donating again 12 months later. Of course, there’s a limit, but the key point of this: if you’ve doing everything set out in this article – telling an inspiring movement story, showing how what you do has real-world impact, giving supporters a genuine stake in your mission – then people will welcome the opportunity to help achieve your shared goals by giving you money.

By now, I’m hoping you’ll see that you don’t need to be a campaigning organisation to develop an effective online fundraising programme. The recommendations laid out here are a just broad-brush template, however; exactly how they should look in practice will be different for every organisation. If your organisation is starting to think about online fundraising in earnest for the first time, developing a culture where you systematically test and optimise your approach will rapidly accelerate your progress. By constantly challenging and refining your strategy and assumptions, you’ll allow your supporters to shine a light on what it is that matters to them – and what will keep them supporting and engaging with your mission well into the future. 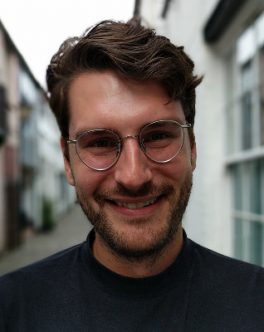 Alex is co-executive director at Forward Action, a digital movement building agency for progressive causes. He previously launched and ran the team behind 38 Degrees' "Campaigns by You" petition platform before moving on to work for the Labour Party. He led Labour's email team during the 2015 election campaign, helping the party raise a record-breaking £3.1 million online.