An engagement campaign breaking down barriers to accessibility and inclusion

Research shows that one in four Brits avoid conversation with disabled people. Given communication with others is such an important part of daily life this reticence to communicate to those with differing needs to our own is clearly a problem.

When communication is challenging it can be hugely isolating. But there are thousands of ways to connect. Whether it’s speech or sign, touch or movement, gesture or sound, art or dance – we believe everyone can communicate and connect. The heart of what Sense does is help people to communicate and experience the world.

Sense is here for everyone living with complex disabilities. So, how do we get people to even notice our cause, let alone engage with it? How do we reach a new audience who share Sense’s beliefs and values? And how do we do it without resorting to the pity tactics all too often used in charity campaigns?

These were the questions we were asking ourselves when we set out to develop Sense’s very first engagement campaign. A campaign designed to drive audience growth and sustainable long-term value and deliver on a target of at least 6,000 signups to our website.

Rising to the challenge we faced, we developed a creative solution that became known as ‘Sense Sign School’. A campaign that sought to teach others about how to communicate via signing it was a campaign that truly captured the imagination and led to us smashing our signup target by more than 700%.

Sense Sign School is a free and simple online British Sign Language (BSL) course taught by ‘Mr Tyrese’, a teenager from Birmingham. (More about ‘Mr Tyrese’ in a moment.)
It saw 50,000 people signup within three months of the launch in April 2020 and it became a global lockdown good news story. A further 30,000 signed up to the follow up Festive edition in December, bringing the total number of signups to 80,000. And the majority were happy to keep in touch with us.

The campaign captured the imagination of the public and received an enthusiastic response from national media, including BBC and ITV news – and travelled as far as Japan! Combined reach is now in excess of 25 million.

The campaign’s star Tyrese has also won a Pride of Birmingham award, received a Points of Light award from the Prime Minister and is named in The Independent’s Happy List 2021 celebrating inspirational people driving positive change in Britain. And he’s now up for Pride of Britain and ITV Good Morning’s ‘One Million Minutes’ awards.

How it all came about

At Sense we know breaking down communication barriers is a good place to start to tackle loneliness and isolation among disabled people. So we decided to begin with sign language. Most people have heard of it and there was evidence of growing interest in learning BSL among the British public.

We worked with creative agency, GOOD, and media agency, Kite Factory, to generate insight-led audience profiles based on a belief in equality and a desire to learn new skills.

When the pandemic struck, and the nation went into lockdown, the audience insight suggested Sense Sign School would become more relevant, not less, so the timing worked in our favour.

Finding the right teacher was critical to the creative approach

We needed a BSL user who was supported by Sense, passionate about getting people to learn to sign – and who had the confidence and personality to make it fun and entertaining.

We found our teacher in fifteen-year-old Tyrese. He and his family have been supported by Sense since he was six months old.

Tyrese was born with CHARGE syndrome, a rare and complex genetic disorder which can affect many areas of the body including sight and hearing. Tyrese is Deaf, has sight in one eye and experiences heart issues.

We worked together with Tyrese to create the content, building Sense Sign School around his unique interests and personality. His voice shone through every aspect of the campaign, from the social ads to the email journey and the video lessons based on Tyrese’s interests, such as food, family and entertainment.

Working together like this meant we could all create something truly authentic, where disabled people are speaking not spoken for. And it allowed us to overturn convention – he’s not your traditional teacher!

Thinking about accessibility from start to finish

We were clear from the start that the videos would need captions and, also, BSL and audio described versions.

Accessibility shouldn’t be regarded as a barrier to creativity. It’s an opportunity to flex your creative muscles in new and interesting ways.

People who are blind or have reduced vision can use what is called hands-on BSL. With hands-on BSL you sign on the hands of the person you are communicating with, not on your own.

We wanted everyone to be able to take part in Sense Sign School if they wanted to. So, we needed to make audio described versions of the video lessons. We searched for examples to learn from without success. Maybe we were the first to try it, we don’t know.

What we do know is that working as a team to craft the audio described scripts was like an exercise in mindfulness. It requires you to pay attention to the visual detail on screen. Then to find the words to describe it in a way that would work for radio.

Then on to re-editing the videos. Do you use slow motion or repeat Tyrese doing each sign to make room for the extended voice over? We opted for the latter.

The hard work paid off. It was a joy to be able to share Sense Sign School with friends and colleagues who are blind or have reduced vision and know they could take part.

The campaign was also a hit with the public and was awarded ‘High Commendation’ for ‘Marketing Campaign of the Year’ at the Third Sector Awards and shortlisted for a DMA Award and Purpose award (NGO Equality and Inclusion Campaign). More than that though we are confident it has helped to change the public attitude towards different forms of communicating and learning how best to communicate with those with different accessibility needs to their own.

Well, the campaign lends itself to being switched on and off, so look out for the Festive edition going live again soon!

And you won’t be surprised to know that we’re now busy planning how to build on its success to engage more people and break down more barriers to help bring about the day when no one with complex disabilities is left out of life.

Learn more about the many different ways to communicate that we use at Sense.

This article is part of the CharityComms resource ‘Accessible communications: A starting point for fostering more inclusive comms’. 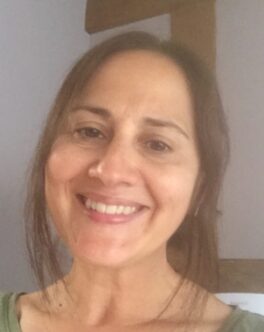 Amanda is the Deputy Director of engagement for Sense, the charity for people with complex disabilities. 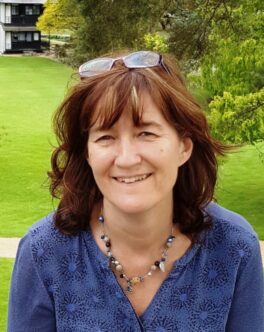 Karen is the Head of Brand and Content for Sense, the charity for people with complex disabilities. 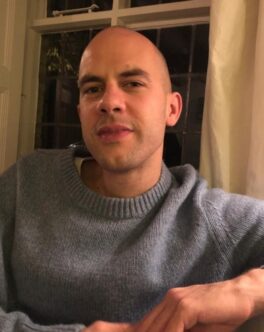 Head of media and campaigns,

Damian is the Head of media and campaigns for Sense, the charity for people with complex disabilities.