Awareness raising can be a challenge – there is no quick nor easy way to do it. It involves not just having a clear message but also understanding how and where to communicate it to your audiences in a way that really resonates to them.

At Women’s Aid this is the challenge we have faced since coercive control first became illegal in England and Wales in December 2015. It was something which we as an organisation had campaigned for, knowing that coercive and controlling behaviour underpinned the vast majority of abusive relationships. But once this came into law, we needed to build awareness and understanding of what it meant. We knew that implementation required both education and awareness, so we’ve made sure coercive control has been at the heart of our campaigns.

Experience has taught us that younger women are less likely to relate to the term ‘domestic abuse’. So we wanted to develop an awareness raising campaign that could explain what coercive control could look like and reach young women in a way that felt relevant. With the help of advertising agency Engine UK, we came up with the idea for our recent ‘Not Models Own’ campaign to do just that – subverting the idea of a traditional women’s clothing advert in a way that makes all women stop and think.

The idea behind ‘Not Models Own’

There was a clear need to speak to young women about coercive control in a way that had meaning, and the incredible team at Engine identified an exciting opportunity that spurred us to get extra creative. Engine managed to get us free advertising spaces in “chicken shop media” which meant big digital billboards in takeaways used frequently by young people on nights out. This was a huge opportunity, and we involved the whole team to come up with the best way to use it to connect with young women in an authentic and clever way and ‘Not Models Own’ was born.

‘Not Models Own’ purposefully does not look like traditional domestic abuse charity advertising. It is designed to look like editorial fashion images, and to catch the eyes of young women who otherwise might not be looking at our messaging. Designed to raise awareness that controlling behaviour is a form of abuse too, this campaign was created to validate the fact that not all abuse is physical, and that if it feels like something is wrong in your relationship, then we are here to help and support.

We often hear from survivors how coercive control is at the heart of almost all domestic abuse, whether there is physical abuse or not, and how everyday control in a relationship can feel like treading on eggshells, and never being able to relax. Our support team tell us that women contacting our Live Chat service are often unsure as to whether the abuse they are experiencing is actually abuse. Validation is a massive step in the process of reaching out for help, especially if your partner is telling you that you are imagining things or making things up for attention.

It was important for us to highlight that when someone is telling you what to wear, or causing you to doubt yourself or making you feel isolated from your friends or family, that’s still abuse. Coercive control is frequently a pattern of behaviour, that can include threats, humiliation and intimidation or other abuse – which can include assault but is still abuse without physical violence – that is used to harm, punish, or frighten their partner or ex. This controlling behaviour is designed to make a person dependent by isolating them from support, exploiting them, depriving them of independence and regulating their everyday behaviour. Creating a fashion style advert to make this point clear enabled us to reach young women in a way that spoke to them. Plus because of the convincing format, we have since been offered space in women’s magazines and online, including Woman’s Health, Cosmopolitan and Marie Claire – as it really grabs attention and sends out an important message.

A message that resonates

The response to the campaign has been phenomenal and has really got women talking, as well as creating a huge wave of awareness on social media.  On our Facebook page, our #NotModelsOwn launch post reached 51k people, with over 2700 people clicking on the post to find out more. Plus, we knew we were on the right track when one of the comments said “This is the kind of thing that should be taught at secondary schools”.

The campaign also found women recounting their own journey of survival, as it really resonated with them. One survivor posted on Facebook: “Brilliant campaign! In my case, friends and family spotted all this happening a long time before I acknowledged it.”

“Love this ad. So powerful yet so subtle…. Just like coercive control. We need to be aware of this for ourselves, in our children’s lives, in our workplaces” — Instagram user

Meanwhile on Twitter, our #NotModelsOwn tweet is among our top tweets, and where our average engagement rate is 1.8%, this campaign reached a 4.6% engagement rate with 57,878 impressions and 2,684 total engagements, illustrating it was shared widely. And on Instagram, it has been shared over and over again by our charity Ambassadors and influencers.

“Such an important and powerful campaign. Hope this spreads and is as widely seen as it needs to be.” — Instagram user

Undeniably this awareness raising campaign has been a huge success. Comments we received also called the campaign “genius” and we couldn’t be any prouder to develop a campaign which has had such a positive impact.

“Thank you for highlighting such an important subject. An amazing campaign for a form of abuse that affects so many. ” — Instagram user

Our huge thanks go out to the team at Engine, who work with us on a pro-bono basis and go out of their way to secure free advertising space, for a charity which has huge ambition but not an advertising budget to match! We could not dream of developing and running such an incredible campaign without their support, and without them really listening to the brief and – as we do – keeping survivors of domestic abuse at the heart of their work for us.

If you liked this you may also enjoy: 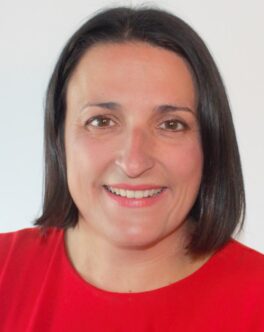 Teresa Parker is Head of Media Relations and Communications at Women’s Aid Federation of England, and has worked at the charity for 20 years, with a background in journalism and PR. This year Teresa has been named one of Marketing Week’s top 100 Marketers, and top ten in the charity and not-for-profit category. Teresa leads a communications team of 10 women, including Digital Communications Officer Tesin Suleman, who she met through the CharityComms mentoring scheme.