Prompting Behaviour Change: reaching your audience where they are

In the second part of our series of articles looking at Time to Change’s approach to Behaviour Change campaigning, social marketing officer Carl talks about the power of a trojan horse approach.

Designed to help readers feel more informed when feeding their own insights and evaluation learnings into their campaign strategies, the other articles in this series look at:
• understanding your target audience
• discussing how to develop evaluations
• showing how using behaviour change insights can inform short and long-term strategy

‘Why can’t men just be as good as women? ‘ … While likely a valid question in the grand scheme of the world, when rhetorically asked by a trustee during the planning stages of a male-focused ad campaign on talking about mental health, it got the whole Time to Change team thinking.

In 2016 Time to Change went through a 10-year strategic review, which found we’d made great strides in getting women to talk about mental health. Unfortunately, men seemed to barely shift their negative attitudes and behaviours. In some cases, they were more entrenched. So, our trustee was correct. By all accounts, women were good at talking about mental health. They were more likely than men to talk to friends, colleagues and family members and more willing to listen. When presented with results like that it would have been difficult not to blame the men. After all, they were shown the same content as women, in the same places, and weren’t budging.

A further drill down into the research showed a majority of the male audience didn’t believe mental health was a factor in their lives (despite one in four of us experiencing a mental health problem in any year) so wouldn’t entertain the idea of talking about it. They also said that severe mental illnesses were too scary so avoided engaging with the topic.

Pushing where it moves: how do we reach the people we need on their terms?

We’re not talking about a small portion of the country here. We’re talking about millions of males. Not a handful of unknown individuals on an unreachable island. They’re everywhere. They’re dads, brothers, colleagues, husbands, Sunday-league centre backs. People, in our own personal lives, we know to be supportive when relationships end, a hand needs lending or a laugh needs raising in difficult times.

So, what’s to say they can’t be there for a mate who’s going through a mental health problem?

Rather than asking “why can’t men just be as good as women?” when it comes to talking about mental health, we wanted to look at what men were good at and applaud those traits.

Which is how In Your Corner, and subsequently Ask Twice, were born: campaigns encouraging men to simply be in their mate’s corner if they thought they were struggling.

Getting a message across through trojan horse methods

We decided to highlight positive behaviours rather than dwelling on negative behaviours in our campaign. We wanted to show the ‘bright spots’ of behaviour and show that change was within everyone’s reach. This meant tapping into the theme of brotherhood and celebrating how the everyday and ordinary things people do for their mates – checking in, sending funny messages, being there – were just as important, if not more, when someone was fighting a mental health problem.

Working with ad agency Ogilvy, we opted for a Trojan Horse approach to our creative strategy. Ads were created that lured the audience in with humour, bombastic music and cinematic videography then, once their trust was gained, our mental health messaging would jump out at them.

However, style and substance were not the only important factors in reaching our key audience. In therapy they say you need to “push where it moves”, so the setting in which these ads were received was imperative. We needed to be where our audience were. We had posters above pub urinals, coasters on pub tables. We also worked with our media planners and buyers to get partnerships with Talk Sport, JOE Media and LadBible.

By being in trusted environments with trusted messengers and trustworthy content, we believed our audience would be keener to get on board. And our stats show that to be true. Feedback showed 35% of our total male target audience said they recognised and remembered seeing the Ask Twice campaign and we saw an overall increase in men saying they have stepped in to be there for a mate going through a mental health problem.

It’s not always easy stepping away from what you’ve always done. Selling in a new direction and tone – and risky ones at that – requires a whole organisation approach. But by remaining focused on what your audience tells you they do and don’t like, it makes it all worthwhile.

The Ask Twice campaign runs throughout October, find out more about getting involved here. 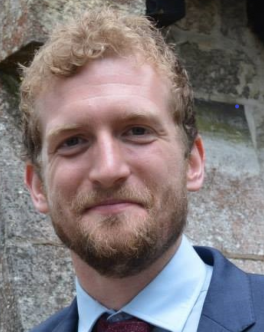 Carl is a social marketing officer at mental health stigma and discrimination organisation Time to Change. More recently, he has helped to develop and manage the In Your Corner and #AskTwice campaigns, which targets people who are colder to the topic of mental health – including men and young people. He has also been at the forefront of delivering Time to Change’s annual event, Time to Talk Day, in February.