The most common question I get asked about interviewing is “How do you get people to be so open with you?”

My section in FilmKit, Become a great interviewer, goes deep into how to create genuine connection with your subject – building trust in order to comfortably discuss their emotionally charged story. Thought there are many hurdles in having a truly relaxed conversation – the biggest is: everyone is different. How do you know which techniques are appropriate for which subject?

There are, however, some common personality traits that I’ve spotted over the years of having conversations on camera. Some of these traits can get in the way of that intimate conversation you are hoping for. Even though your subject sincerely wants to help your charity – some people aren’t just aren’t used to those ‘deep chats’. In those cases, you’ll need to be their guide.

Here are the four most common ‘problem’ traits that I encounter – how to spot them and what to do.

These tips assume you’ve already done the important stuff I’ve included in FilmKit (prep, research, proper time and location planning). Remember – making a film should be a positive experience for your subject. These tips, along with guidance from those with experience and understanding of whatever context you’re working in, should help you work together in a safe and responsible way.

People are usually a bit nervous before filming, but most settle down after a few minutes. However, some people are pretty down on themselves and assume they are doing a terrible job, even when telling their own story.

Reassure them that they have nothing to worry about. Everyone is nervous at the beginning – but that’s normal. Let them know that there’s no such thing as a ‘bad answer’, that you’ll be editing the footage down and they’ll be able to see it before it goes out.

Tell them they are doing well after the first couple of questions. Be as encouraging as you can be. Remove the feeling of pressure and judgement.

Everyone has a friend like this – the one who “thinks out loud” – which means many of their words won’t be complete thoughts – and might not be totally useful or relevant. Your subject has a great story, but they might not be able to tell which details are vital and which are not.

Tell them you might occasionally be interjecting. That you are conscious that you want to make sure you tell their story properly – and want to focus on the things that are most important.

If you’re thinking “I’ll never use this” – don’t let them carry on. You should be guiding their energy in a way that will help everyone. It’s OK to interject and ask them the question again. They probably won’t be offended – they’ll know themselves enough to know they are a rabbiter!

Sometimes you’re going to be working with a subject that has told their story many times – this could be on camera (a common issue is charities repeatedly using the same faces for their media) or just to friends. In the pre-interview, you can just feel they’re telling the story for the hundredth time – it’s too polished. The problem is – your viewers will feel that too. As a result, your film can feel less authentic. To fix this, you’re going to have to break the mould that they have created.

If you know it’s someone that your charity has used before – watch their interview. You know what they’ve said – you don’t need to get them to repeat it in a pre-interview. Instead – search for a new angle, something they haven’t said before.

You might have to let them get their usual ‘script’ out first. Think ‘How can I get them to talk about this in a way they’ve never done before’.

These are specific people who are used to public speaking, have been media trained, or understand ‘the game’ – marketers etc. It makes sense – media training is useful for situations when the interviewee has no control over how the interview will go – or how the footage will be edited.

Given that you aren’t doing that -these skills can obstruct your ability to have an open and honest conversation. Rather than answering your questions, they may begin segueing into their stock answers.

Let them know that with you, it’s safe to just be themselves. This is very difficult – because you have to get to a baseline before starting again. They’ll likely be resistant, because it’s against what they’ve been taught. They might be in the public eye – and there might have to be other people present. Personally – if you’re really striving for authenticity, I’d try to avoid filming these people from the beginning. But if you have to – here are some things you can do. Confidence needed!

Get the person on board with what you are trying to do. Make it VERY clear that they will see the edit before it goes out. They have control. Give them permission to let their guard down. Really do your research – what interviews have they already done? Don’t waste their time repeating an interview they’ve already done. Research will help you recognise a well-delivered stock answer from how they really feel, in the moment with you.

Be SUPER informal. Show how you are connected to the cause too. Give them something personal about yourself – lowering your shields first. Don’t do it in a studio. Don’t ask them questions they’ve been asked before. Surprise them with a new angle.

Hopefully these tips will help you hone your interview skills. Want to find out more? Check out our new resource, FilmKit which explores story-gathering and filmmaking specifically for charities. 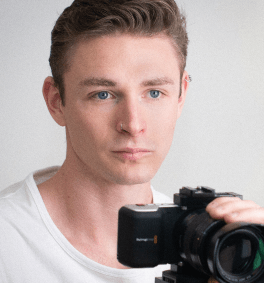 Mike South is a freelance charity filmmaker. He makes documentaries that put authenticity and the wellbeing of participants first. He’s made films for Diabetes UK, Samaritans, Versus Arthritis, Parkinson’s UK and Dignity in Dying.