Beyond words: combining writing and design to tell unforgettable stories

Writers and graphic designers are storytellers and when they work closely together the end product can be out of this world.

That's why advertising agency art directors and copywriters collaborate, and have done for decades. But in the design industry that kind of alliance is nothing like as commonplace as it should be, so there’s often a disconnection between what’s written and what’s designed.

There are two key reasons why writing and design can be out of step with each other. First, everyone thinks they can write, and all too often everyone and anyone does. People who lack experience and well-honed writing skills produce colossal amounts of words that are short on clarity and have no discernible personality. So designers are forced to camouflage forgettable words when they should be inspired to bring unforgettable stories to life.

Second, too many designers think of words as ‘filler’ – if they think about them at all. They put up with words rather than embrace their meaning. To their minds words get in the way of beautiful design. They spoil all the fun. And the inevitable outcome is decoration not communication.

It’s no wonder so many amazing stories struggle to grab your attention, invite you in and make you want to know more.

In the early 1960s graphic designers Ivan Chermayeff and Tom Geismar published a book called Watching Words Move. Their aim was to ‘…explore the evocative potential of words’ and vividly express their meaning. In the book’s introduction they said, ‘…we looked at the words and did to them what they themselves suggested.’

Watching Words Move is about the intimate relationship between words and their graphic interpretation – visible language, if you like. It has been a big influence on my work because it champions straightforwardness in every kind of graphic communication. 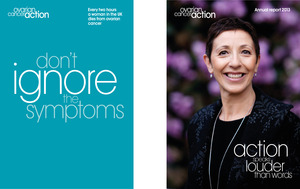 Ovarian Cancer Action needed a logo and graphic identity to help it communicate better. Its logo is inspired by the notion that ‘action’ is the most important word in its name, because taking action is what the charity is all about. The charity’s idiosyncratic message style, in a specially designed typeface called Action, echoes the typography of the logo and makes everything it says look like only Ovarian Cancer Action could have said it. 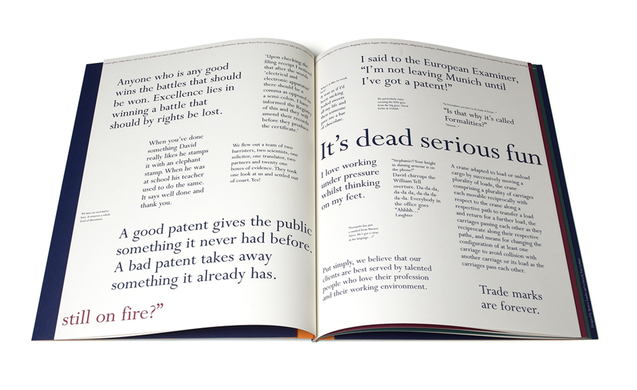 Keltie is a firm of patent and trademark attorneys with a jaw-dropping passion for its work. This is Keltie’s practice brochure called Painting with Words. It’s full of stories told in its own words. There are funny stories, thoughtful stories, no-laughing-matter stories. Its stories are so captivating the design of the brochure needed to be all but invisible. 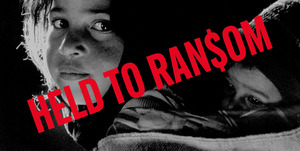 Held to Ransom was a campaign by the International Planned Parenthood Federation. The aim was to help replace $8million of US international aid funding that George Bush cut off from every non-governmental organisation involved in abortion – even if they were just giving advice.

The name allowed IPPF to tell everyone what Bush had done to it and all the people it works so hard to help – some of the poorest in the world. The logo is a plain-speaking, in-your-face graphic interpretation of that message. Held to Ransom was daring and uncompromising, and told a powerful story.

And there was a twist in the tale when the campaign became the catalyst for a profound change in the charity’s tone of voice, from academic and long-winded to what it proudly described as ‘brave and angry’.

So how can you make sure writing and design come together to tell your unforgettable story? 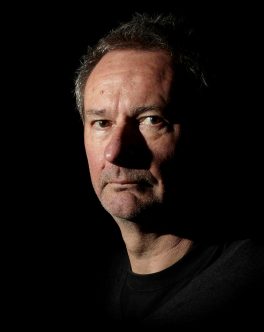 founder and creative director, Off the Top of My Head