Bridging the gap: how Jenny Grey developed a cross-sector career

Having spent four years in Whitehall as executive director of government communications, Jenny Grey leaves this month to head up corporate communications for Citigroup.

Her move to the private sector follows previous senior communications roles at Cancer Research UK, the Audit Commission and the Cabinet Office. With a career that straddles the charity and public sector, and is now crossing to the corporate world, Jenny is perfectly placed to share advice and insights into developing a communications career that bridges the divide between sectors.

Insider info on working for government

Government communications work has significantly changed in recent years, according to Jenny.

“The rise of digital, and dramatically reduced budgets, has resulted in a number of key changes,” she says. “There is a commitment within government to innovation and to exploiting the opportunities provided by digital, but also an emphasis on creating effective partnerships with third parties to deliver campaigns. The emphasis has shifted to creating agenda-setting campaigns that don’t rely solely on the traditional advertising-led approach supported by large budgets.”

So what does it take to be a government communications director in this brave new world of partnerships and innovation? To Jenny, the role combines traditional reputation management with overseeing communications programmes that support policy delivery, very often through promoting behaviour change. “The decline of deaths on the roads in the last decade and getting more people to file tax on-line all depended on successful communications.”

Heading up communications work within Whitehall requires an understanding of how to get things done in large, complex organisations as well as an appreciation of the role of internal communications to promote employee engagement through times of change. It also requires excellent political antennae, diplomacy, leadership and management skills.

Further down the hierarchy, less senior roles tend to combine fewer disciplines – press office roles are still separate from marketing-orientated roles, as Jenny points out. “This has traditionally made succession planning to most senior roles harder,” she says. However, this should and probably will change, with disciplines converging. “All-rounders are in short supply, and greatly valued.”

Jenny believes many learning experiences from her junior days have stayed with her.

“As a young copy-writer, there was no substitute for daily verbal beatings by an ex Daily Mail sub to rapidly hone my copy-writing skills. My time in a PR agency taught me how to think about reputation management for a wide range of corporates. But having spent a week flogging Halfords bike paraphernalia for the Christmas consumer pages of regional press, it’s also given me a long-standing appreciation of the joy of having really great issues to work with.”

Working in a hospital trust gave Jenny a connection with staff and local community and real-time feedback about how messages are landing, and therefore a much better perspective as to how public service reform messages are likely to work in practice.

“And for a major charity, working with a first-class marketing function, I learned about the importance of detail in campaign delivery,” she adds. “These were details like how some regional accents in direct response ads achieve greater response rates than others, as did including a pen in mailings, although there was reputational blow-back at the time.”

When it comes to other professionals in charity communications, Jenny thinks people in the voluntary sector tend to be good at creating agenda-setting campaigns that don’t necessarily rely on large budgets. “These skills are becoming all the more important to us. In government we have tended to rely on policy announcements and advertising-led approaches.”

And the key attributes that Jenny looks for when recruiting for positions in any sector? “Other than great communications skills, I’m interested in people who are intelligent, adaptable and creative. On the other hand, arrogance, failure to research the role properly or to listen to and answer questions make my heart sink.” 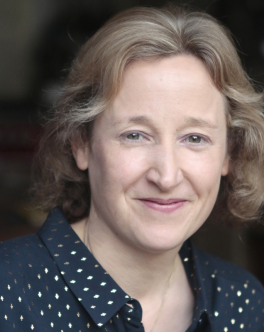 Susannah Randall is a communications consultant, coach and co-founder of RandallFox. RandallFox specialises in strategic comms support for charities with the goal of helping teams develop greater clarity, focus and direction so that they can make more of an impact. Services provided by RandallFox include supporting team development and structure; strategic planning; audience focus, research and message development; facilitation and coaching.