Driving public trust in charities – our work so far

Public trust in charities may be volatile but we’re not standing still. There are lots of initiatives, made up of allies in the charity sector, ambassadors and the odd maverick, who have come together to do what’s needed to better connect with the public and help charities rebuild trust.

In its survey of levels of public trust and confidence, published in 2016 on behalf of the Charity Commission, Populus identified five key areas that statistics show most drive the public’s trust in charities.

Here are just some of the things this committed group has been working on over the last few months:

1. Ensuring a reasonable proportion of donations make it to the end cause

ACEVO is driving a conversation about what transparency looks like in practice and will make recommendations of how the sector can apply principles of transparency more coherently.

The revised version of the Code of Good Governance has just been published and is evidence of the sector’s commitment to strengthening its governance.

The NCVO-led governance round table is working with the Charity Commission, Cass, Cranfield Trust and others to improve the skills and diversity of trustees.

3. Ensuring that fundraisers are honest and ethical

The new Fundraising Regulator has been established.

The work of the Commission on Donor Experience is being taken forward by the Institute of Fundraising with the support of other infrastructure bodies, including ACEVO and NCVO.

4. Making independent decisions to further the cause they work for

Robust work defusing the anti-advocacy clause and continued pressure on the government to reform the Lobbying Act should strengthen charities’ resolve and ability to speak out on issues that affect their beneficiaries.

5. Making a positive difference to the cause they are working for

Alongside encouraging charities to communicate their individual impact, we need to demonstrate the collective impact of the work of the charity and voluntary sector. This was started with the February 2017 Charity Today report produced by ACEVO, CharityComms, IoF and CAF. NCVO is now working to develop more robust but media friendly data to demonstrate the sector’s collective impact and therefore the effect of the public’s donations.

What else is happening?

NCVO is pushing ahead to develop lots of resources building on the work initiated by CharityComms, including developing a communications toolkit, bringing together the positive narrative about charities with robust tested messages that resonate with the public in response to difficult questions (on fundraising, exec pay, efficiency etc.), evolution and promotion of resources such as the ‘How Charities Work’ website, promotion of the NCVO and CFG reporting guides and coordinated outreach with key journalists and editors to explore how the sector has responded to public criticism and the (perceived) value of the sector.

What you can do now

Start using the resources, such as the reports, toolkits and factsheets above and tell us what’s working and what isn’t. We’re still developing these resources to make them work for you so your feedback is very useful to help shape them.

Correction: the article previously named YouGov, not Populus as the organisation that conducted this survey. 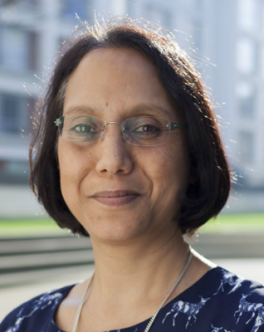 Adeela has over 20 years’ experience in charity communications across multiple skills and functions: strategic planning, market research, media, PR, events, brand, publishing and digital. Before joining CharityComms, she led the development of organisational communications, brand and audience strategies for Friends of the Earth, putting them at the heart of the charity's campaigning success and supporter engagement.