A set of three workshops exclusively for heads of department/assistant directors (or equivalent) at organisational members of CharityComms with a turnover of over £5m.

A set of three workshops supporting senior comms professionals through the transition from senior management to leadership.

Becoming a visionary leader requires embodying a new set of skills. These workshops will support and inspire senior comms professionals looking to move from senior management to leadership (for example from head of department to director level – and beyond).

As a delegate you will:

What to expect from the sessions

Each session will focus on an aspect of leadership transition – a key developmental theme which surfaces when one moves from a managerial role into leadership role (outlined below).
In each session:

Who the workshops are for: 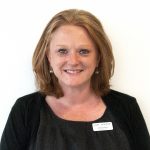 Your accumulated operational experience can be a solid base from which to lead, and provide a sense of security. How do you move beyond this to lead functions of which you have no operational experience and only a limited understanding? How can you show up as a leader – how can you embody leadership – in a way which draws on who you are as much as on what you know? 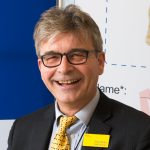 What’s the essence of what you bring and how does that align with the leadership culture of your organisation? Where they don’t align is where you can be usefully different in the leadership team, and can be the area where you fly or fall – or both! 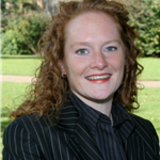 At any one time there are multiple demands on your time, so how you balance and prioritise your time and ensure delivery through others is key. No single horse is difficult, it’s the complexity of them all together and the interface between them which can be challenging.

Anita Grover, CEO, Auditory Verbal UK
Anita became the chief executive of Auditory VerbalUK , a charity working with pre-school deaf children, in 2013 after a successful career in the public sector. As a senior civil servant, she led communications and marketing on the government’s disability, employers, pensions and poverty agendas, working with a succession of cabinet ministers, business leaders and third sector organisations. She was the first CEO of a UK-based charity to be awarded the Macquarie David Clarke Social Innovation Fellowship and was nominated for the 2015 Rising CEO of the Year at the Third Sector Awards. She is a Fellow of the Institute of Direct and Digital Marketing; a Fellow of the Royal Society of Arts; and a primary school governor. In December 2016, Anita was awarded a Fellowship by the Association of Chief Executives of Voluntary Organisations.

Adrian joined Dogs Trust (then called the National Canine Defence League) in 1994. Originally employed as the charity’s sole fundraiser, he subsequently became marketing director in 1996 and, whilst in that role, was appointed deputy CEO in 2004. He was promoted to CEO in 2014. Dogs Trust is the UK’s largest dog welfare charity, caring for over 15,000 stray and abandoned dogs every year at their 21 rehoming centres. Additionally, Dogs Trust runs extensive campaigns to promote responsible dog ownership throughout the UK and Ireland. A sister charity, Dogs Trust Worldwide supports over 50 dog welfare projects in more than 30 countries.

Gail is an experienced charity leader, most recently as chief executive of the Dame Kelly Holmes Trust and previously of Carers Trust. She has a strong background in communications, policy and organisational leadership having led the rebrand following the merger that created Catch 22, and as director of marketing and communications for The Scout Association. Gail is also deputy chair of the Money Advice Trust and a trustee of the Premier League Charitable Fund. She has recently joined Charity Bank as an advisory panel member and was formerly an advisor to the Department of Health on its carers strategy.

Griff Griffiths, director, Cocomotion
Griff created the award-winning Cocomotion network, which works with individuals, teams and whole organisations to: unpack assumptions, get clarity about what they do, understand what shapes their decision making, expand options, set direction and work better together to move forward.

The sessions are designed as a set of three and will run over a period of six months. Delegates attend all three sessions, get to know the group, and have the opportunity to reflect back with each other and the facilitator about experiences and learnings you have in the time period between sessions.